Vets crank up heat on ‘chefs’ 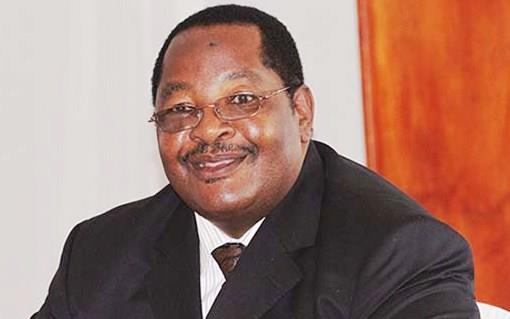 HARARE – The political future of former Cabinet ministers who were recently re-assigned to the ruling Zanu PF’s headquarters by President Emmerson Mnangagwa is becoming increasingly uncertain.

This comes after disgruntled war veterans ramped up their determined bid to kick the unwanted bigwigs out of the party on Friday last week by locking the under siege “chefs” out of their offices.

The unprecedented move came a few days after the former freedom fighters also picketed the Zanu PF headquarters in Harare, demanding the sacking of the former Cabinet ministers and the party’s administrator Dickson Dzora.

The war veterans accuse the under-fire party bigwigs — who include secretary for administration Obert Mpofu and fellow politburo members David Parirenyatwa, Patrick Chinamasa and Sydney Sekeramayi — of undermining Mnangagwa and of engaging in corrupt activities.

Mnangagwa re-assigned the heavyweights to the party’s headquarters in a bid to breathe new life in government and to strengthen the former liberation movement’s administration.

The idea was apparently to emulate the Chinese Community Party’s model, which has also been adopted by President Cyril Ramaphosa’s African National Congress (ANC) in South Africa

Yesterday, the angry war veterans told the Daily News that they had stepped up their bid to have the bigwigs barred from working at the party’s headquarters — often referred to as Shake Shake House — on account of the serious allegations that they face.

“When we went there last week they had all left except for Dzora whom we told in no uncertain terms that he was now a persona non-grata at Zanu PF offices.

“We went on to put key blockers on their offices so that they do not come back,” Efanos Mudzimunyi, the war veterans’ chairperson for Mazowe District said.

Mashonaland West war veterans’ chairperson, Cornelius Muoni, chipped in saying the ex-combatants were determined to see the backs of the bigwigs.

“Yes there is a clear instruction that they must not attempt to come back and open those offices and we hope they will comply with the directive.

“We are talking about people who were appointed by the president, and so we hope that he will appoint proper cadres of the party whose past is clean,” he said.

The targeted officials were not picking up calls to their mobile phones yesterday when the Daily News tried to get comment from them.

Mpofu and his colleagues also stand accused of undermining and sabotaging Mnangagwa’s efforts of reviving the country’s sickly economy.

Of particular concern to the war veterans in this regard is Mpofu’s recent statement in which he said Finance minister Mthuli Ncube had not consulted the bigwigs when he unveiled his controversial austerity measures — which include the much-criticised two percent transaction tax.