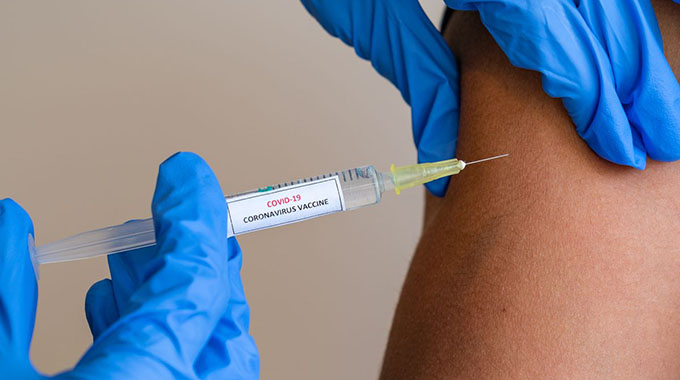 Herald Reporters
ZIMBABWE is on course to meet the 60 percent herd immunity against the Covid-19 pandemic with the case of Victoria Falls, which has already met the target, a sign of what is likely to happen nationwide.

President Mnangagwa yesterday said the attainment of herd immunity in Victoria Falls was a good sign and applauded the health officials who worked around the clock to achieve the impressive feat.

“Victoria Falls has now achieved herd immunity! Last month, I received my first Covid-19 vaccine in Victoria Falls. I am immensely proud that over 77 percent of the city’s inhabitants have received their second jab. Thank you to all the health officials who have made this possible,” he said.

Matabeleland North Province Medical Director Dr Munekai Padingani said more than 19 234 people had received their first dose as of Tuesday last week against a target of 25 000.

“We are vaccinating daily as we don’t turn any eligible person away and some are still getting the first dose hence figures will keep changing. This means we are going to reduce transmission in Victoria Falls. This is a tourism destination and we will continue with infection control measures but we are assured that the majority will not be infected and since everyone who comes into the country should have a negative PCR certificate, these two means that tourists will know they have come to a very safe place.”

Medical expert and Mpilo Hospital acting chief executive officer Professor Solwayo Ngwenya said Victoria Falls is an example of what could be achieved in other border towns and indeed countrywide.

He said the growing number of vaccinated people would help to slow down the infection rate.

“Herd immunity is an achievable goal. It is very good news indeed if they (Victoria Falls) have achieved herd immunity because it means it will slow down the infection rate in the town and protect the unvaccinated population. This shows that other border towns can also achieve the same. As a country, we have made our first steps towards achieving herd immunity,” he said.

Public health expert and secretary for the Zimbabwe Doctors for Human Rights, Dr Norman Matara, said the achievement of 77 percent of the adult population being vaccinated in Victoria Falls was commendable and the country could attain herd immunity if the population continues to be educated.

“The achievement of 77 percent vaccination

in Victoria Falls is a major stride in controlling the pandemic. Government should continue educating the public on the importance of vaccines so that more people come forward and take the vaccine. That way, we can achieve herd immunity,” he said.

He said Government should increase efforts in other border towns to make sure that the same feat is achieved. However, he said, there is also a need to reach out to the tourists and visitors that come into the resort towns to ensure that the infection rate is controlled.

Other border towns have also been recording an increase in the uptake of vaccines, with Plumtree and Beitbridge beginning to register more numbers of people being vaccinated.

“As of Sunday, we had immunised a cumulative 14 980 people in Matabeleland South. For Beitbridge, we have administered 4 019 jabs and a total of 1 299 in Mangwe. The uptake is increasing daily. We hope to have more numbers during this week. You will note that last week was mainly mobilisation as well as vaccination,” said Dr Muza.

The hospitality players have also said the achievement of herd immunity was vital for the resuscitation of the sector, which is the backbone of the Victoria Falls economy.

He appealed to the government to complement the achievement by reopening inland borders since a majority of the country’s tourists come by road.

“That Victoria Falls has achieved herd immunity is a welcome development for our tourism capital of Southern Africa. This is an encouraging development which shows how united we are as a people and destination but we would want our business to be revived hence we are expecting that tourists start coming through in big numbers,” he said.

“We are hoping this revives the tourism and downstream industry so people can earn a living as we have been out of business for a long time. This will also give knowledge to the whole world that Victoria Falls is safe.”

Mr Musonza said most of the regional tourists use land borders like Victoria Falls and Kazungula which are currently closed thereby affecting the self-drive market.

Covid-19 was first reported in December 2019 in China. The severe respiratory disease then spread across the globe forcing governments, including Zimbabwe, to enforce national lockdowns.

As a result of the pandemic, that has killed more than 1 500 people in the country, Zimbabweans and the world at large began to observe the World Health Organisation regulations to mitigate its effects.

Zimbabwe has now entered the second line of defence, which is to vaccinate above 60 percent of the population to achieve herd immunity.

In all this, the Government has been providing the vaccines to the population voluntarily and free of charge, having set aside a war chest of US$100 million to secure the antidotes.