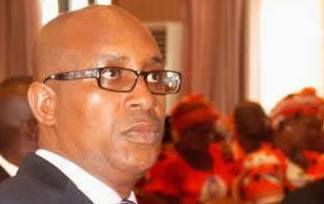 “After ushering in political independence, the next frontier of the battle should be to ensure socio-economic independence for the masses of Zimbabwe.

The new dispensation, led by President Mnangagwa, should tirelessly work towards the attainment of socio-economic independence by the majority of the people of Zimbabwe.

It should also work towards ensuring that Zimbabweans not only own but also control the means of production such as ownership of land, industries, factories, mines etc.

Granted, the new dispensation has opened up the political space and allowed various political players to go about their activities freely and unhindered.”

He added: “The new dispensation should immediately implement measures and mechanisms to stimulate economic growth as well as to fully capacitate the thousands of Zimbabweans who benefited under the revolutionary land reform programme.
We should strive to achieve food security for all our people so that no single Zimbabwean should go to bed hungry because they can’t afford to put food on their table.

Most importantly, the new dispensation should immediately and ruthlessly clamp down on the cancer of corruption that is threatening to tear apart the whole fabric of our society.”
Zimbabwe National Liberation War Veterans Association (ZNLWVA) chairperson Christopher Mutsvangwa:
“President Mnangagwa is opening the space for Zimbabwean populace to enjoy a new and historic spring of political and civil liberties.

No subject from our past of racial and ethnic rancour is being avoided or hidden as national taboos anymore.
Oppressive and inhibitive statutes like Posa and Aippa are all under review and legislative repeal.

The Second Republic ushered by the glorious people’s revolution of 2017 November is heaven bent on making Zimbabwe a haven of free political discourse.

That is as it should be. After all the heroic fight for independence was driven by the burning desire of Zimbabweans to enjoy unfettered freedoms.
That is the reason why so many offered their only lives to the noble effort of the ‘people’s war’. Racist, settler colonial minority rule had thwarted the aspirations nations self-esteem, self actualisation and the prospect of prosperity on the part of the African majority for over nine decades since the defeat and conquest by the marauding Pioneer Column of imperialist Cecil John Rhodes.

The Open for Business mantra of President Mnangagwa is a harbinger to the rapid economic development of Zimbabwe.
“It opens all the avenues of productive urbanisation as the major force of national modernisation.

“Enterprising capital is being offered profitable opportunities to engage an educated, competent, disciplined and hardworking human resource base.

Vision 2030 and the goal of middle income status is now within the national grasp. Zimbabwe is destined to become Africa’s economic miracle to the world.”

As a community-based organisation that is grounded and socially embedded, we are compelled to use this day to appeal to Zimbabweans and mostly the young people to put pressure on the government to open up spaces and opportunities where it becomes possible for Zimbabweans to enjoy the benefits of the freedom brought about by independence.

Zimbabwe is celebrating majority rule after having gone through the agony of a white minority rule that was predominantly racist and brutal.

The majority came through a protracted war of liberation that had so many phases of struggle.

This year’s Independence Day is being celebrated under the theme; “Zimbabwe at 39, embracing devolution for vision 2030.”
PYD notes with great interest the 2019 Independence Day theme as it resonates well with section 264 of the Zimbabwean Constitution Amendment (No. 20) Act 2013.

Through this section, the local authorities will have legal status that it lacked in the erstwhile centralised system due to the fact that it is now governed through a Constitutional provision as opposed to a mere statute.

PYD is in support of devolution as it gives greater attention to rural communities’ participation in socio-economic policy formulation and implementation.

At the same time, it allows the local authorities to promote transparency and accountability in governance and decision-making as well as management of local resources.

Thus, local authorities were never an independent sphere of community development as they constantly face administrative, political controls and oversight by central government.
Again, they were being used as a way to entrench the ruling party’s hegemony and enhanced politicians’ stranglehold over the local communities.

This rendered local authorities ineffective since their operations were not supported by the Constitution for them to operate independently.

This made Zimbabweans to experience nominal decentralisation and token participatory exercises by ordinary people in which their contribution was overplayed by the partisan interests of the ruling party.

PYD believes that it will be progressive if this anomaly is addressed as the nation embraces devolution.
As a community–based organisation, PYD welcomes the statements spoken by President Emmerson Mnangagwa with a pinch of salt where he has promised to defend Zimbabwe as a constitutional democracy that will respect the provisions on devolution.

We are hoping that the current government will walk the talk and see it feasible to have the real transfer of administrative, political and fiscal powers to the local authorities for devolution to have a transformational effect on our rural communities.

PYD urges President Mnangwagwa and his administration to come up with clear time frames in the implementation of section 264, as the lack of time frames heavily undermines the provision on devolution.

This will be our opportunity to remind our young people the values and ethos of independence as well as the importance of decentralisation of administrative and economic power.