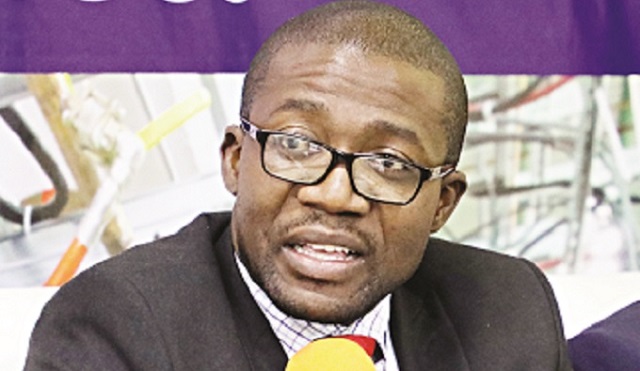 The Minister of Environment, Climate, Tourism and Hospitality Industry Nqobizitha Mangaliso Ndlovu recently issued a Public Notice in the media giving notice that the Minister wishes to exercise his powers in terms of the Environmental Management Act to declare mapped wetlands in Harare, Ruwa, Epworth and Chitungwiza.

All interested and affected persons were called upon to submit comments, suggestions, objections or concerns read the notice. Viewpoints for or against will be a balancing act between conservation and development in this instance and the Ministry of Environment, Climate, Tourism and Hospitality Industry will have the mammoth task of justifying some privately owned areas ecologically sensitive.

What will this notice mean to owners of land that is declared ecologically sensitive?

With the recent demolition of properties mainly in the high density locations in greater Harare much has been said for the preservations of wetlands.

On the receiving end often times are families with no knowledge of the term or awareness of the geology of the stands they would have bought yet the law takes its course as ignorance is not an excuse in these matters.

What does it take though to justify a development on land deemed ecologically sensitive or wetland as read in the above public notice? Developments on wetlands are a constant thorn in the flesh for many ecologists while at the same time justifying development on ecologically sensitive land for residential or commercial use takes effort for property investors, developers and land owners alike. Harare itself as a City has long been said to have been a City built on a wetland with many parts of the capital city exhibiting wetness throughout the year.

As history would have it, Julius Nyerere Way in the heart of the City of Harare was at one time a marshy area with a stream running through the centre of what is now a developed central business district.

The Borrowdale Vlei located along Borrowdale Road opposite the Borrowdale Racecourse has in recent years been the centre of much controversy and has been shrouded in secrecy with the general public unaware of what development if any may occur on that piece of land.

There have been claims in the rumour mill in recent years that the Borrowdale Blei, had been all but been taken over for development by those with political clout as well as other entities with commercial interests.
Is there any vestige of the open space that will remain after development?

The operational Borrowdale West Multi-Purpose Millennium Park Plan Number TPY586-4 which is the zoning layout plan provides government, citizens and interested parties with some answers they need with respect to the development of the Borrowdale Vlei.

I am sure that many Harare residents would want to know for what purpose the land will be used and how they will be affected by these developments. The Borrowdale Vlei as it currently stands is partially under development with a housing estate and apartment under development on the western side along Teviotdale Road an electric fence along Whitwell Road and some road infrastructure visible along Borrowdale Road on the Eastern side.

Other than this the site exhibits the characteristics of ‘’No man’s land’’ and has been associated with squatters, religious gatherings, garbage dumping, top soil poaching, urban agriculture and other criminal vices that exhibit themselves at the traffic lights and intersections around the site -a drive onto development behind.

A look at the plan reveals the extent of the mixed use-development that will occur in the Borrowdale Vlei area. Land along Borrowdale Road past the Dandaro “Retirement” Village is planned for an office park and towards the intersection with Whitwell Road becomes a retail shopping node.

One calls to memory the Mall of Zimbabwe which awaits development. All the land surrounding the shopping area is zoned office park as there is demand from corporates to leave the Central Business District due to congestion.

Land making up the central belt east of the shopping and office park is zoned for an open space and recreation with a central area defined as the wetland core abutting to Teviotdale Road. Other land uses south of the open space and recreation are residential and public buildings and heading north are mixed-uses incorporating a medical buildings, public buildings, a primary school and the already under development residential estate one sees at the corner of Whitewell Road and Teviotdale Road.

The use of land that comprises the Borrowdale Vlei is not a secret. All residents must know what the land will be used for as it has a direct bearing on the wellbeing of residents in the context of not only what amenities will be provided but the zoning layout also gives credence to the identification of a wetland core and open space land in the middle of the developments. Viewpoint as alluded to earlier will be best achieved when one has been presented with all the information to make an opinion. Does such a mixed use development constitute a balance for conservation and development by our planning fathers?

The arguments may never end but the telling fact on this land is that there was consideration on conservation as well as development considering that this land also has very high development potential. What is important then from my viewpoint is to ensure that the developments around the ecologically sensitive areas will protect and mitigate any potentially harmful effects to the wetland.

In other countries like South Africa and beyond to as far as the Netherlands we hear of not just passive wetlands left idle as is in this case but active wetlands that function and are looked after by the office bearers charged with looking after the environment by virtue of them being in government office or commercial interests that has been issued environment impact assessments and ultimately us the public with concern for our environment, wellbeing and development.