Vote-buying trend must be stopped 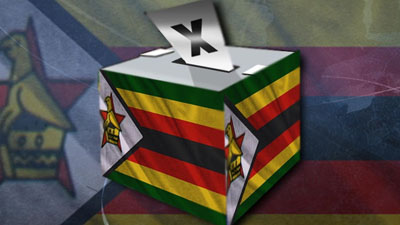 HARARE – Elsewhere in this edition, we report on concerns by ant-graft agencies about the rising vote buying scourge in the homestretch to the July 30 general poll.

This is emerging to be a major blot on elections and indeed the democratic process in Zimbabwe. The bad thing  is that this practice of vote buying is being encouraged by the first citizen of this country, his excellency, President Emmerson Dambudzo Mnangagwa.

The president is being asked to retract statements he made encouraging aspiring parliamentarians to bribe chiefs in Mash Central. Vote-buying has become a recurring decimal in the nation’s elections, to the chagrin of right-thinking Zimbabweans and indeed anti-corruption agencies.

It seems even powerful forces behind the uncouth practice can’t predict just how devastating its impact can be.

It will be recalled that, disturbed by the monumental subversion of the electoral process in the Zanu PF primaries, a humbled Mnangagwa had expressed fears his parliamentary caucuses that got into office through vote-buying could oust him through an impeachment process.

The quantum of litigations arising from Zanu PF primary electoral contests, equally underscores the challenges posed by the worrisome trend.

In recent times, the impunity has graduated from what politicians call pre-paid to post-paid vote buying, whereby voters are coerced to compromise their conscience and rights under the law.

In years gone by, prospective voters were monetarily induced or settled, to use the common parlance, under oath, by opulent and influential politicians before casting their votes.

This set of politicians and their gangs have, however, upgraded their game — as voters now get paid only after having done their unpatriotic bidding, taking pictures of ballot choices.

The political godfathers and demagogues are having a jolly good time at the expense of the nation’s democracy.

This can’t be allowed to continue unchecked.

And it’s a plague that not only affects Zanu PF but virtually all the parties running in this election.

It’s an unacceptable subversion of a democratic process. It means only the rich will run for office.

After all, it’s illegal under the Electoral Act.