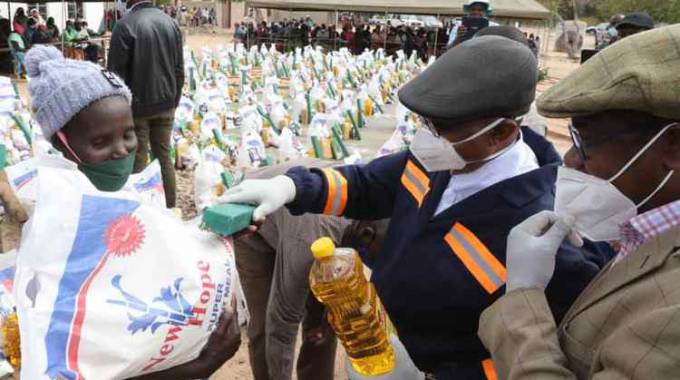 Vice President Dr Constantino Chiwenga yesterday said the rebirth of the scheme had been made possible by the Second Republic’s commitment to ensure the nation became an upper middle-income economy by 2030.

He was speaking after touring the facility and being apprised on the project by the Agricultural and Rural Development Authority (ARDA).

Arda is courting investors for the scheme.

VP Chiwenga said the project sought to improve the livelihoods of the Binga community.

“I was here on May 1 and from there, work which must be done for this project to kick start was being worked out,” he said.

“Today (yesterday) we have agreed with all members of Government, ministers who I am with today and officials from parastatals that by next month, we want to see the first crop at the Bulawayo Kraal Irrigation Scheme.

“At the same time, the programme to expand the scheme to 15 000 hectares will continue. This programme is essential to agriculture produce consistency, which is a key component of President Mnangagwa’s vision of attaining an upper middle-class income by the year 2030,” he said.

Added VP Chiwenga: “There is no room for failure, but success. We have to work with a unity of purpose so that all objectives are met.

“If we fail, rather we be arrested. Besides, our jails have a lot of space because we recently freed some inmates through the Presidential Amnesty.

“We want to prepare a good future for our children, hence the need for all of us to work hard.”

VP Chiwenga further revealed that the project would see the construction of the Siabuwa-Karoi Road.

The irrigation scheme targets 1 500 hectares under citrus and 13 500 hectares for raw crop production such as soya bean, maize, cotton and sorghum.

“This project will go a long way in uplifting the community in raising income and taking people out of poverty,” he said.

“The aim of the Government is not to make a profit out of this project. It is, instead, to raise people’s livelihoods.

“What will happen is that people from the local community should get first preference in employment, especially the women,” said Prof Ncube.