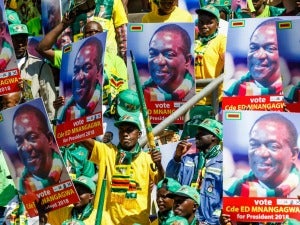 THE Zimbabwe National Liberation War Veterans Association (ZNLWVA) has announced plans to embark on an ambitious project to produce “affordable” bread for Bulawayo residents who cannot afford the commodity.

The ex-combatants will unveil their bread-making machine at their Entumbane high-density suburb offices today, the Southern Eye was told.

ZNLWVA Bulawayo spokesperson Christopher Sibanda told Southern Eye that the bread-making project was aimed at alleviating the plight of residents who are failing to purchase the commodity.

“We cannot disclose the prices of the bread yet, but what we can assure residents is that our prices will be reasonable and affordable in comparison with other local prices,” Sibanda said.

The price of bread, like other basic commodities and services, has been skyrocketing as producers cite inflation and a harsh operating environment.

It was only last week when Bakers Inn reduced the price of the commodity from $15 to between $14.

The ZNLWVA bread-project comes two months after more than 100 residents, including war veterans, underwent training on how to make bread in Bulawayo using Dutch ovens as part of Zanu PF’s empowerment projects.

Zanu PF bread making projects where party supporters are seen using pit ovens have been ridiculed by critics as primitive and unsustainable.

Meanwhile, Sibanda also revealed that the ex-combatants had also sunk a borehole in Entumbane suburb to aid residents who are going for days without the precious liquid after council introduced a 72-hour water rationing programme.

“The borehole was finished about four to five days ago. There is plenty of water that can supply the rest of Entumbane,” Sibanda said.

“Both the oven and the borehole were our idea, what we only did was to ask advice from specialists on how we can partake the project.”