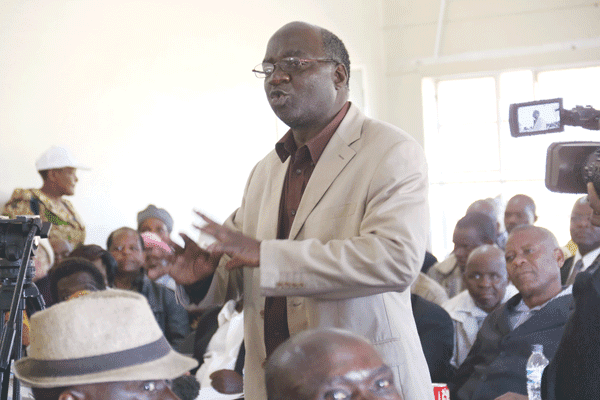 Zanu PF has denied responsibility over the deteriorating economy in the country and blamed economic sabotage by enemies for the meltdown.

This is despite Zanu PF having been in charge for the past 39 years and only shared power during the unity government with the MDC between 2009 and 2013, a period credited with reviving and stabilising the economy.

War veterans spokesperson Douglas Mahiya, who is also a politburo member said anyone was bound to fail in the position of leadership in the toxic political situation that country is experiencing.

Instead, Mahiya appealed to all political parties to unite and deal with the deteriorating economic situation which has left the majority of the citizens living in poverty.

“It is not the fault of the ruling party or government, but it is the fault of the enemy who has made inroads and advanced in tactics to ensure that the economy doesn’t perform because of sanctions and many other issues that are being unleashed to the Zimbabwean people,” Mahiya said.

“It is up to us as a nation to advance and force the enemy to retreat by uniting. It is time to unite and set aside our differences and confront the enemy so that we achieve our goals and at least have food on our tables.”

Without unity, Mahiya said, enemies could easily take advantage because the country will be exposed.

This comes at a time when minor political parties are involved in talks with the ruling Zanu PF to chart the way forward, but analysts say the absence of MDC from the dialogue renders the process pointless.

Mahiya said the country has not been able to attract the much-needed foreign direct investment because of disunity in the country. Challenged on why Zanu PF as a ruling party refuses to accept responsibility for how it was running the country, Mahiya said even if another party gets into power, it will be difficult to achieve all its goals because of the nature of politics.

Of late, Zanu PF has been blaming the western-imposed sanctions for the political decay in the country. The MDC, however, claim corruption and clueless governance was responsible for the meltdown.