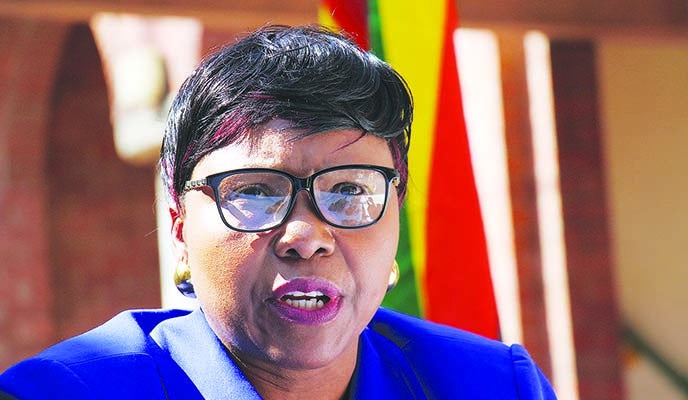 THE Defence and War Veterans ministry has requested a review of pensions for war veterans which are currently pegged at the salary grade of an army warrant officer of $350 per month.

Former freedom fighters want the pensions to be pegged at the salary of a serving army major who earns up to $600 monthly, excluding allowances.

Defence and War Veterans secretary Mark Grey Marongwe revealed this yesterday when he appeared before the Parliamentary Portfolio Committee on Defence and Home Affairs to speak on the welfare of war veterans.

If this request is granted, it will see war veterans getting monthly stipends equivalent to those of a retired army major.

The country currently has around 35 000 war veterans and Marongwe told the committee that the youngest war veterans or war collaborators would, therefore, be around 55 to 60 years now.
“Our pensions review tribunal has consulted relevant authorities and agreed on the policy of indexing war veterans pensions to the grade of a Zimbabwe National Army (ZNA) warrant
officer, so that whenever their salaries are reviewed, the war veterans’ pensions are also reviewed,” Marongwe said.

“Currently, the pension of registered war veterans is $350 and that of ex-detainees is pegged at $317 and currently the amount they are receiving is too little for them to survive and
efforts are being made to lobby for a reasonable and meaningful increase and hence the ministry is proposing for an increase of the pensions from that of a retired warrant officer to
that of a retired ZNA major,” he said.

Marongwe also told the committee that there will also be need to increase school fees assistance for children of war veterans which currently ranges from $2 000 to $4 000 per term and is benchmarked against the most expensive government-owned school, Prince Edward.

“We are currently investigating the possibilities of increasing school fees benefits so that they match the current demands in the country where many boarding schools are now
charging fees in excess of $6 000 to $8 000 per term and war veterans are now required to raise money to top up school fees,” he said.

Marongwe claimed that Zimbabwe’s war veterans were poorly paid compared to their counterparts in the region, especially South Africa.

He said there were anomalies existing in legislation where the law currently recognises war veterans, but liberation war collaborators and combatants in transition or non-combatants were not recognised.

Marongwe said war collaborators were entrusted by freedom fighters to move war materials while combatants in transition were trained at camps in neighbouring countries with the
intention that they join the war, but it ended before they joined to fight.

“There will be need to vet these people so that they are given recognition,” he said.

Marongwe said the new War Veterans Bill will criminalise people that lie and masquerade as bona fide war veterans in order to benefit from pensions.

“The War Veterans Bill will include the war collaborators and non-combatants and will establish mechanisms through which revenue can be generated and then this revenue will then be
under a trust which will address benefits,” Marongwe said.