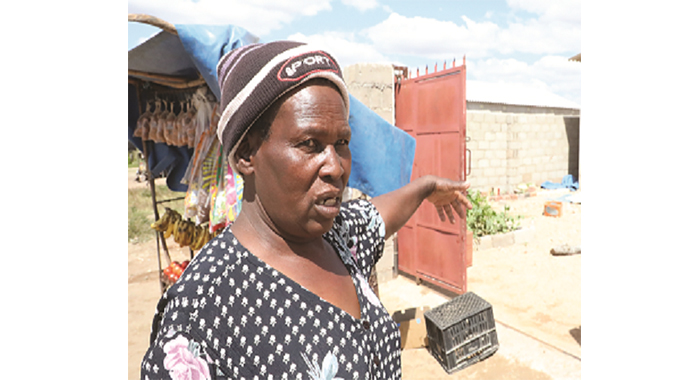 ‘‘Glass and Putty’’, another screams in bold letters while one modestly proclaims, ‘‘Chickens for Sale’’.

These are not fancy billboards plastered on equally good-looking buildings. They are signs, sometimes written in ash, plastered on structures that have become a distinctive part of the Garikai/Hlalani Kuhle section of Cowdray Park — the Blair toilets. 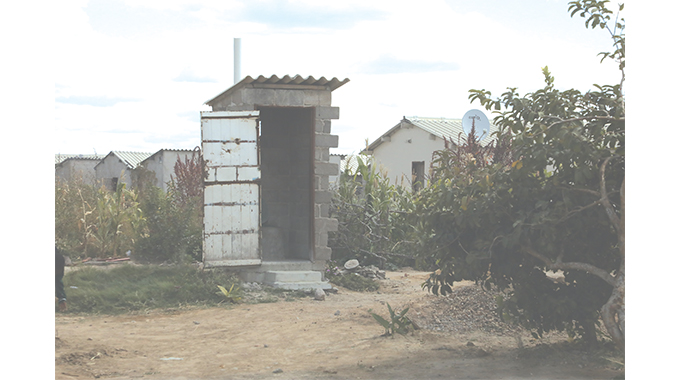 While to the passerby some of these structures, which stick out like sore thumbs on what is meant to be an urban area, have the appearance of improvised advertising billboards, to the residents here they serve a much-needed purpose. The toilets are the only ablution facilities residents have known since the ground was first broken in the area in 2006. For Ms Thelma Sibanda, a resident since then, the Blair toilets have simply become a way of life.

“I have been living in this house since 2016 and since then we have not had a properly functional sewerage system,” she told Sunday News.

Ms Sibanda, a nurse, said while they tried to avoid using Blair toilets and opt for septic tanks instead, in the end, they reverted to them because of the erratic water supply in the area.

“In addition to the Blair toilets, some of us are also using the septic tanks in our houses but because the water supply is so erratic, you end up going back to the Blair toilets. We get water on Thursday and Sunday and on those days the septic tanks are useful. The reality, however, is not everyone can afford these tanks or toilets so they just do their business in the bush. If you walk behind the house next to mine you will find that someone relieved themselves there today. It’s hard to live like this and we hope our situation is resolved soon,” she said.

The situation has been worsened by the recent rainy season, as the rise in the water table has also seen a corresponding rise in waste. According to Ms Sibanda, a few enterprising individuals have seen a gap to profit from the residents’ predicament, offering to clear the waste for a price.

“We have been having problems since the rains because we have been using these toilets for a long time and they tend to fill up. The past few months have been particularly tough and what happened was that we have had a lot of rain so the water table also rose. The faecal level was also rising with the water so you can imagine the difficulty in using a Blair toilet when that sort of thing is happening. The only option we had was to pay a group of people US$120 to blast the level lower so that the waste could reduce. As things stand it’s still not hygienic at all,” she said.

Her sentiments were echoed by Ms Sarah Muzenda, a resident in the area for the last five years, who told Sunday News that as the rest of the country was celebrating the bountiful rains, they dreaded what the rising water was dragging up in their backyards.

“My main complaint against this system is that it is not hygienic. I can’t speak for everyone but I don’t think it’s fair that I have to live with a toilet inside my durawall. The waste is just there and it doesn’t go anywhere. It’s not nice and it’s not something that I wish to remain in my life. When we had the rains, all the waste came up again and things really got ugly. It was now floating to the surface. The only way to combat this was to pay people that would dig up a pit near the toilet so that some of the waste flows there. We wish they could hurry up and fix the sewerage system because if the rain comes again this year, I don’t know what will happen to us. I’m begging those responsible to recognise our plight. It’s not right,” Ms Muzenda said.

According to World Health Organisation guidelines, Blair toilets should be located downhill from a water source and should not penetrate ground water. The toilet should also be at least two metres above the water table, with the site well drained and above flood level. The recent rains in Bulawayo however, showed that such standards are a pipe dream in Cowdray Park where Blair toilets are sometimes located a few metres from vending stalls that sell food and other wares.

“As it is, those that have Blair toilets are even lucky because some simply don’t have that luxury. Instead, they defecate in the bushes. They defecate in all these fields around us and in the end, we have flies coming over here and that is not hygienic because as you can see, I’m also a vendor and these flies come over to the food that I’m selling.

We are asking those with power, whether it be MPs or councillors, to intervene on our behalf,” said Ms Muzenda.

For women in the area, safety is an issue especially when they have to use the makeshift ablution facilities at night.

The area is notoriously crime-ridden, with alcohol-fuelled binges blamed for some of the ugly scenes which are witnessed especially in the late hours of the day. When Sunday News visited the area last week, some tuck-shops were openly selling alcohol from their stalls.

“What I have noticed is that in the area around the Blair toilets, it is usually wet and given some time, maggots start to gather,” said a resident who spoke to Sunday News anonymously. “That is not healthy, given the fact that we have children and they eventually play near places like that. This is a potential health time bomb and I hope that the authorities don’t react when it’s too late.

As it is, kombis and buses refuse to pick us up in town when it hits 6 pm because there are too many thieves in this area. So, imagine what it would be like for women walking out of a home with no fencing or durawall in the dark going to a Blair toilet near the end of their yard in the dead of night.” 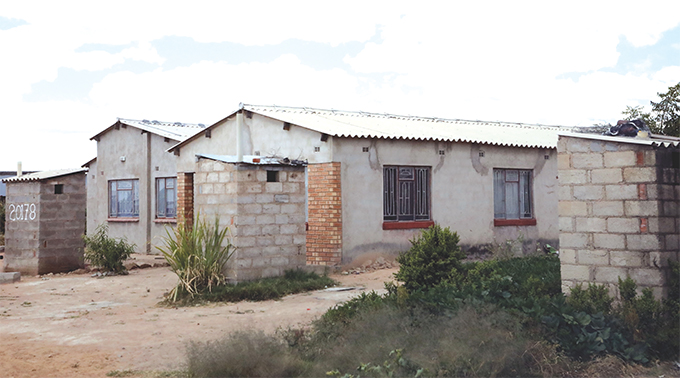 According to World Health Organisation guidelines, Blair toilets should be located downhill from a water source and should not penetrate ground water

Cowdray Park councillor Kidwell Mujuru said so far council had managed to connect one full segment and half of another segment to the council sewerage system. He highlighted that Covid-19 lockdown had delayed the rollout process. He said 12 segments, each with a roughly estimated 1000 houses, remain unconnected to the sewage system out of a total of 15.

“We were delayed by Covid-19 and that’s a problem that has been felt by a lot of people in many other areas. If it were not for this pandemic, people in Cowdray Park would be flushing (toilets) now. So far, we have Segment 5 and half of Segment 3. We are waiting for the company that was contracted by the council to do the Mains then we can start moving internally. We expect that by August significant progress would have been made,” Clr Mujuru said.

“Council inherited the Hlalani Kuhle housing scheme from the Government in 2012 with all the challenges faced in the area. By then the scheme was under-developed with no services. Those occupying completed houses had resorted to using pit latrines in the absence of a reticulated sewer system. Council policy is that all stands in the city should be serviced with a reticulated sewer network therefore the below-mentioned efforts are aimed at achieving just that with a view to removing the pit latrines and all the associated challenges they pose.

“The City has been carrying out sewer servicing in the Cowdray Park Hlalani Kuhle area. Under the African Development Bank-funded Bulawayo Water and Sewerage Services Improvement Project programme, funds have been availed for the installation of a 14km sewer outfall network that will service the whole of Hlalani Kuhle housing project. This development will make possible the installation of general sewer reticulation for the whole project in totality, thereby improving health standards of the general populace in the project area.”