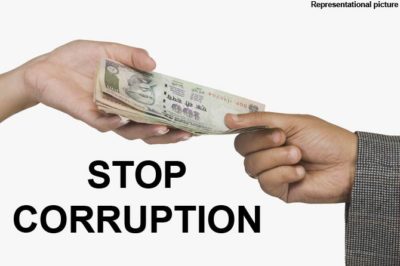 According to the Zimbabwe National Chamber of Commerce, “corruption has become a pandemic in Zimbabwe alongside Covid-19”. The ZNCC estimates that almost 20% of the national budget is lost through corruption.

“The repercussions go far beyond the price tag of capital projects as it impacts the poorest sections of society disproportionately,” Chikumbu told a debt conference in Bulawayo recently.

“Corruption in procurement creates the wrong incentives for firms and distorts competition and economic growth. The Covid-19 pandemic continues to expose fragile governance processes characterised by limited checks and balances in Zimbabwe. The pandemic has further amplified the extent and effects of public finance leakages due to corruption in public procurement,” he said.

The World Trade Organisation (WTO) says on average government procurement accounts for at least 10-15% of the Gross Domestic Product (GDP) of the global economy.
The Zimbabwean media has been awash with reports of opaque public procurement contracts that have been entered into between State Owned Enterprises or the government and private players.

This, he said, has allowed for the continued leakages of public funds through skewed processes, despite having progressive legislative frameworks guiding public procurement.

Tenderprenuership has become the order of the day. The Zimbabwe Power Company scandal involving US$4,9 million paid for transformers, which were never delivered is a case in point,” he said

Article 9 of the United Nations Convention against Corruption, to which Zimbabwe is a signatory, makes reference to systems of procurement based on transparency as a tool to prevent corruption.

Transparency in the context of public procurement therefore entails guaranteeing principles of openness and publicity during all stages of the public procurement cycle so as to ensure a competitive environment and the ability to monitor the execution of the procurement processes.

In disaster contexts, procurement procedures, rules and regulations tend to be relaxed to allow for a rapid response to contain the crisis. Chikumbu said relaxation poses a moral hazard. He said this had since manifested in the US$60 million procurement scandal in the health sector involving Drax International.

The scandal led to the sacking of former Minister of health and Child Care, Obadiah Moyo by President Emmerson Mnangagwa.