We are too broke to compete: MDC

Source: We are too broke to compete: MDC | Newsday (News) 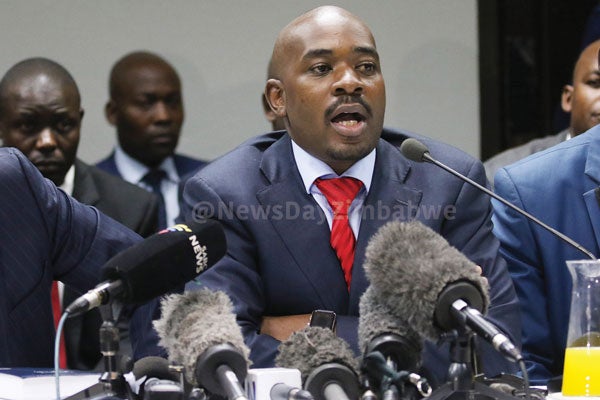 THE Nelson Chamisa-led MDC says it is too broke to fund its programmes without accessing finances under the Political Parties Finance Act hence was struggling to challenge the ruling Zanu PF party during elections.

The opposition party’s Dalumuzi Khumalo lost to Zanu PF’s Mbongeni Dube in the Lupane East by-election at the weekend, which it immediately blamed on its failure to “adequately carry out its programmes to entice voters” and campaign effectively.

Dube garnered 6 369 votes to Khumalo’s 4 506 votes in what was effectively a two-party tussle.

“The refusal by @MthuliNcube and government to release the $3,8 million allocated to @mdczimbabwe in the budget is meant to give an unfair advantage to Zanu PF in these elections. Zanu PF received their allocation, but the MDC has not received a penny since April 2018,” secretary-general Chalton Hwende said on his Twitter feed.

Yesterday, MDC spokesperson Daniel Molokele said party leaders have assumed the responsibility to fund some programmes, while treasurer-general David Coltart and Hwende have been tasked to find other ways of raising money for the party.

“In the recent past years, there have been issues around financing the MDC and it has not been easy, but members have been willing to support the programmes because they love Zimbabwe,” Molokele said.

“We have a new leadership, the secretary-general and treasurer-general and they have all been given the task to come up with new ways to resource mobilise and to make sure that the party returns to (a sound) financial footing.

“This is not something that will happen overnight, it is an ongoing process and in the meantime, yes, we need the money that we are entitled to under the Political Parties Finances Act and as far as I know, we haven’t received the money. We are now looking at other sources, including that our membership system is properly administered to such an extent that we will get money from subscriptions.”

Last year, the opposition turned to its supporters to raise money to fund its campaign for the July 2018 general elections and for Chamisa’s Constitutional Court challenge of the poll results.

According to the Political Parties (Finance) Act, the State is obliged to provide funding to any party that gets at least 5% of the vote in a general election. Without the money, Molokele said for now the party would continue to depend on the goodwill of its members and leaders.

This, he said, gave Zanu PF an unfair advantage because it coaxes parastatals to fund its activities, while denying the MDC the funds due to it.

The party also had an unlimited access to State resources and gave an example of the case in which Zanu PF political commissar Victor Matemadanda requested medicines from the Health ministry specifically for Lupane health centres to help the party with its campaign during the run-up to the recent Lupane East by-elections.

“The bigger picture is that it is really a one-sided story if you look at the financial capacity of the MDC and Zanu PF. Zanu PF does not even need to come up with a budget for by-election campaign. They just go to parastatals and harness them,” he said.

The post We are too broke to compete: MDC appeared first on NewsDay Zimbabwe.