‘We expect the forex exchange rate to stabilise’ 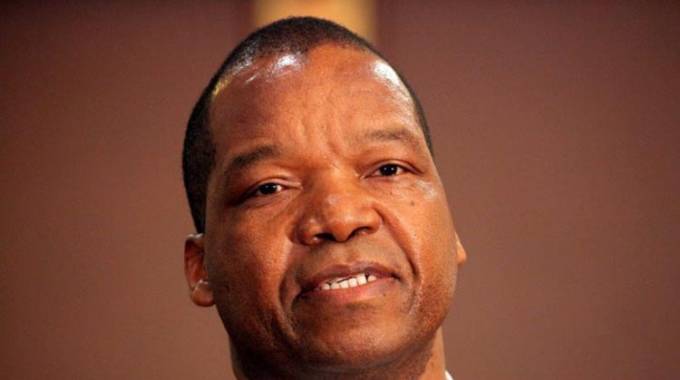 ZIMBABWE last week switched from an interbank market for foreign currency to an auction system, which is largely driven by the market. It was the first of the weekly auctions that will be held every Tuesday. But, most importantly, it is expected to set the market’s ruling official exchange rate. How different and how effective might the auction system be in stabilising the Zimbabwe dollar this time around? Our Chief Reporter Kuda Bwititi last week spoke to Reserve Bank of Zimbabwe (RBZ) Governor Dr John Mangudya about this and more.

Q: The foreign currency auction system commenced on Tuesday. What is your overall assessment of the auction?

A: Indeed, the foreign exchange auction system started on Tuesday, June 23, 2020 with 92 bids amounting to US$11,4 million and we allotted US$10,35 million. We are very pleased that we are starting a system which we believe will assist the country in the determination of a market exchange rate.

What pleases us even more is the fact that the bids are coming from the users of foreign currency and, therefore, they represent effective demand.

Let me also hasten to state that from the onset, we do not expect the auction to be the sole source of foreign currency for the country, but it is there to set the exchange rate which will then be used for transactions during the week up to the next auction. Overall, we are pleased with the out-turn of the inaugural foreign exchange auction.

Q: What are the biggest advantages of this system?

The transparency largely comes from the fact that the bids are coming from the users of foreign exchange.

We, therefore, hope that businesses will bid for foreign exchange at rates which allow them to price their goods and services at levels that customers can afford.

Some of the prices that we are witnessing in the economy are unjustifiable and will lead to significant reduction in aggregate demand.

Disposable incomes are not adjusting at the same rate as prices.

Q: Do you believe that this system is sustainable given that it once failed in 2003?

A: We believe that the foreign exchange auction system is the best amongst the available options. Just to put things into perceptive, the interbank system which we tried earlier in the year failed because the banks could not trade amongst themselves due to counterparty limits, as well as the issue of de-risking. The country lost over 80 correspondent bank relationships over the past couple of years due to de-risking.

The few banks which house exporters cannot transact with the other local banks.

Let me also point out a key fundamental which will drive the auction system: that the exchange rate will be driven by effective demand from corporates.

We, therefore, expect the exchange rate to stabilise at a level which allows users of foreign exchange to price their goods and services appropriately, while at the same time providing good value for money for exporters.

Q: What measures are in place to ensure that the system is protected from manipulation?

A: The bank has set up a Foreign Exchange Auction Adjudication Committee comprising officials from the Ministry of Finance and Economic Development, Monetary Policy Committee and the Reserve Bank to oversee the operations of the auction.

The allotments will be guided by the priority list to ensure that most of the available resources are allotted to productive sector activities.

We also set a maximum bid amount of US$500 000 to ensure that the available resources are spread to many beneficiaries.

Let me emphasise that the Bank would like this auction system to be very transparent.

Q: There has been concern by some players that the bids criteria discriminate small players that cannot raise the US$50 000 limit. What is your comment?

Banks and bureaux de change will use that rate to buy and sell foreign exchange in between auction dates.

Those requiring amounts below the US$50 000 minimum threshold will be catered for by banks during the week at the ruling exchange rate.

We, therefore, felt that it was prudent to set the minimum and maximum thresholds at US$50 000 and US$500 000, respectively.

We expect banks to satisfy the demand for the smaller foreign currency requirements, including education.

We are hopeful that the exchange rate set through the auction system will be at a level where exporters can offload some of their foreign exchange through the Authorised Dealers to cater for the small transactions.

With the new system, we also expect increased tobacco deliveries as the 50 percent payable in local currency will now be at the auction rate and not the fixed exchange rate of ZW$25:1US$. Our wish is to quickly have a stable exchange rate which allows economic agents to plan and price their goods and services appropriately.

Q: What does the central bank think is the true value of the Zimbabwe dollar against the US dollar?

A: The value of any currency against another is dependent on several factors.

While the economic factors play a critical role in setting the exchange rate, in Zimbabwe the plethora of exchange rates cannot be explained by those factors.

The exchange rates have been driven more by speculation and expectations which has resulted in forward pricing of goods and services. It is, therefore, in this regard, that we as the central bank would like economic agents to determine the exchange rate in a transparent manner through the bidding process at the auction. We have let the market to determine the rate.

The central bank, in this case, is not setting the exchange rate, and we aim for a stable exchange rate as part of our core mandate of price stability.

We, therefore, hope that after a few auctions, the exchange rate finds its level based on price discovery under the auction system.

It is also important for the bank to highlight that ultimately the exchange rate translates into the prices of goods and services. We have witnessed exchange rates of over $100 to the US dollar in the country and the question is on the sustainability of prices at such levels.

Consumers bear the brunt of these forward pricing models and as disposable incomes have not adjusted in tandem, aggregate demand is going to decline.

Ultimately, with reduced or no demand for goods and services, companies may face closure leading to increased unemployment and reduction in national output.

Q: How does the RBZ plan to preserve the value of the local currency at a time when we are not generating enough foreign currency?

A: Firstly, let me correct the notion that the country is not generating enough foreign currency.

Against these inflows were imports amounting to US$10,2 billion over the 2,25 years (about 27 months).

Zimbabwe is among the topmost dammed countries in the world, but we are importing maize, wheat, and edible crude oil for the greater part of the year.

That is foreign currency which we could have used to finance the needs of productive sectors of the economy.

It is, therefore, important that the country changes the narrative to focus on production for both domestic consumption as well as for export.

The country needs to become food self-sufficient so that we do not use foreign currency to import what we can and should be producing.

We need to re-orient the economy from import dependence to import substitution.

As RBZ, we will continue to focus on our core mandate, which is price stability.

We want to reduce inflation to low and sustainable levels.

We also want to see stability of the exchange rate and we hope it will find its level soon.

We have noted that the pass-through effects of the exchange rate have a significant bearing on inflation developments, hence our desire to have a stable exchange rate.