‘We need law, order in Harare’ 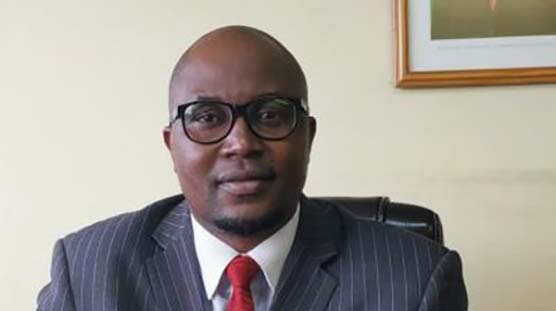 Mr Tafadzwa Muguti had his work cut out when he was appointed Harare’s first PDC.

He is under no illusion of the sheer amount of work needed to improve service delivery in a city where ratepayers feel neglected.

The Sunday Mail`s Senior Reporter Leroy Dzenga sat down with Mr Muguti to take stock of progress that has been made.

Q: You have been in office from September 2020, what is your assessment of governance in the Harare Metropolitan Province?

A: Harare had become a place where there was a lot of lawlessness.

My initial mandate was to bring order and sanity in Harare, particularly on land issues.

Harare had a lot of sprawling illegal settlements and the situation was becoming untenable.

There were a lot of housing cooperatives, politicians and businesspeople who were engaged in corrupt activities.

They were taking land and selling it at high prices; the State has lost a lot of land in Harare to land barons.

We have thousands of people settled illegally across the province, especially in wetlands.

Our mandate from the Minister of State for Provincial Affairs and Devolution, Honourable Oliver Chidawu, was that we need to clean this up.

I think we have done quite well; we have managed to create zero tolerance to land barons within Harare.

In the last two months or so, during the rainy season, Cabinet made a decision to stop demolitions.

There were some individuals who were trying their luck again, but I am happy to say Zimbabwe Republic Police’s anti-corruption unit, and the Zimbabwe Anti-Corruption Commission have been helping us quell that.

The other achievement we have had in the last few months was the coordination of the four local authorities in the province; that is City of Harare, Chitungwiza, Epworth and Ruwa municipalities.

Before then we had a challenge where the left hand did not know what the right hand was doing and municipalities were operating almost on autopilot.

The coming in of the PDC`s Office has allowed Central Government to have direct input and direct oversight on how local authorities are operating.

In relation to governance, we have managed to fight corruption heavily.

You have noticed that we have arrested a lot of officials, based on historical data and current incidents.

We are continuing to do investigations into legacy matters across all local authorities; we have a lot of pending cases of councillors and officials, some of whom have left their positions. We will be going back to try and rectify all those so that we leave no stone unturned.

Q: You spoke of sprawling settlements which have been emerging around Harare. These settlements do not have basic amenities like water, power and roads. Has the PDC given some thought to their conditions?

A: We have reflected on their conditions. The reason they do not have basics is the fact that they are settled illegally.

For Zesa to give you power, you need to have title on the land that you are on and that is a legal prerequisite.

If the residence does not have an address, who then will they give the water to?

At some point over the past decade, housing cooperatives had become local authorities upon themselves.

They settled people illegally and promised them social amenities which I still wonder where they were going to get the resources to do so.

The proper procedure was supposed to ensure that once the cooperatives had done their part in delivering their promises to the residents, they were supposed to hand over that land to local authorities to take over and provide social amenities.

People have to understand that if you find yourself in a situation where you are paying to a housing cooperative monthly, that is illegal and wrong – you should be paying to the local authority.

You cannot expect a local authority to give you a service when you are not even in their database.

There are about 50 court judgments in Harare on people who settled on land for clinics, schools and hospitals, and as Government we do not interfere with the Judiciary.

We have been encouraging stakeholders to find each other.

That means the local authorities and the people who are settled illegally can try to regularise their settlements.

Q: What is the PDC’s Office doing to enhance the province’s standing as an investment destination?

A: First of all, investment is about attitude; you cannot promote investment when you have a dirty place and corruption.

This is why I said the first mandate we were given by the Honourable Minister of State was to bring order and sanity to the province.

We are currently busy with a number of taskforces which will deal with key areas of concern.

Last Monday, I launched a taskforce on sand barons and we started a blitz in Epworth, Ruwa, Chitungwiza and Harare.

The blitz is going to run for the next 60 days or so. We don’t want to see people engaging in sand poaching.

We are also working on conceptualising the smart city implementation plan to make sure our environment is orderly.

We are also trying to make sure we update by-laws that are being used by local authorities.

Most of them have been overtaken by events.

For example, our by-laws provide for small fines for people who commit environmental crimes, yet they have huge consequences on the safety and well being of people in the province.

We have been working hard to try and bring law and order so investors can see Harare as a place where their investments will be safe.

Q: How did the local authorities take your appointment and how have they been interpreting your input?

A: I will not lie, it was a fight initially because we are trying to change the way people have been operating for a very long time.

What we noticed is that there was a lot of wrong policy-making and interpretation of circulars from Government.

When I came in, I quickly noticed that our local councillors, in particular those in Harare, Chitungwiza and Epworth had turned executive.

They were basically directing management and we had to try and bring in proper governance.

Some of them tried to politicise our engagement. I can say that through the respectable mayors and town clerks of those local authorities, we have managed to establish a good working relationship between my office and all local authorities.

One thing which has been lacking in local authorities is discipline. Councillors were used to having their way.

Some councillors were trying to infuse themselves in recruitment and procurement processes and we had to put our foot down.

We had challenges at some point, where due to the recalls, continuity might have been a problem.

We had a challenge where people under investigation were promoted in councils and that affects the processes.

We also have had a challenge with some politicians who try and involve themselves in the day-to-day running of councils to protect their interests.

We have been dealing with that behind the scenes and we are cleaning up.

Q: Still on strategy, what are your office`s short-term, medium-term and long-term goals?

A: Our short-term goal is law and order, we needed law and order specifically to be able to infuse the spirit of National Development Strategy 1.

Our short-term to medium-term goals are focusing on the rehabilitation of infrastructure.

Our roads have been in a bad state and we are working on it right now.

Among our medium-term goals, we would want to cut down on non-revenue water.

For every 100 litres of water we treat, 60 litres is lost to illegal water connections, burst water pipes and water seeping into the underground.

Part of our medium-term goals is to improve the investment climate.

We are also looking for compliance in the social sector.

For example, we want to make sure our healthcare infrastructure improves.

We need Government hospitals to be upgraded so that people can have healthcare which is affordable.

We have another challenge where because of new settlements, we don’t have enough schools within the province.

So, as part of our medium- to long-term goals, we want to ensure that we address the housing deficit and social amenities deficit.

Ultimately, we want to put a clear strategy to retain and grow Harare province`s contribution to the national Gross Domestic Product.