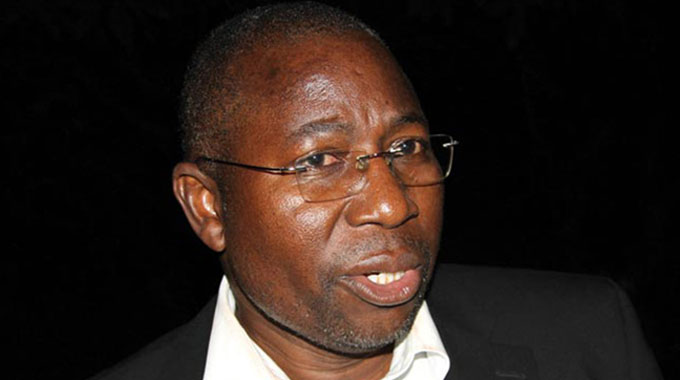 Zapu, led by one-time political heavyweight Mr Dumiso Dabengwa, pulled out of the coalition in April, but Mr Mangoma is confident that he will be successful in the crucial elections.

Code is fielding 45 parliamentary candidates out of 210 contested seats nationwide.
Said Mr Mangoma: “Our view is that Code is the alternative that Zimbabwe requires. We have solutions to the problems that the country is facing which revolve around the economy and political polarisation.

“Code is best-placed to deal with the problems with Mangoma as the candidate because I have the qualifications and understand the economy, having worked with small and large companies locally and internationally.

Mr Mangoma said he was not fazed by contesting in a large presidential field — numbering 23 — that includes incumbent President Emmerson Mnangagwa.
“I am not intimidated by big names,” he said.

“Actually, I feel encouraged because we have the solutions and people are tired of big names.”
Mr Mangoma said Code would bring sweeping changes to the governance and administration of the country — including paring down executive powers so that Government could be held accountable.

“We are the only ones advocating for the reduction of executive powers,” he said. “We actually differed with some of our colleagues on this score because they wanted to maintain the same powers of the executive, but we argued that we could not assist in making dictators.

“We want more team work for arms of government such as the Legislature and the Judiciary and other institutions that are independent.”

On other policies that Code would pursue, Mr Mangoma said: “We are also going to prioritise the empowerment of women, young people and the disabled so that they can lead productive and independent lives.

“We are going to embark on human capital development anchored on education for all; nurturing talent, encouraging and promoting entrepreneurship and innovation.”

Mr Mangoma said Code would lead economic growth of “double-digits” and improve service delivery by Government, while dealing with corruption, and parastatal reforms.

The Code president said farmers would be given security of tenure to allow them to access loans from banks, while an infrastructural development plan would be a priority.

Mr Mangoma served as Energy minister between 2009 and 2013 during the inclusive Government.
He fell out with MDC-T leader Morgan Tsvangirai in 2013 over succession, forming the Renewal Team alongside former MDC-T secretary general Mr Tendai Biti.

The two soon parted ways, with Mr Biti forming his own People’s Democratic Party.
Mr Biti is now back with the MDC-T as one of the principals in the MDC Alliance.