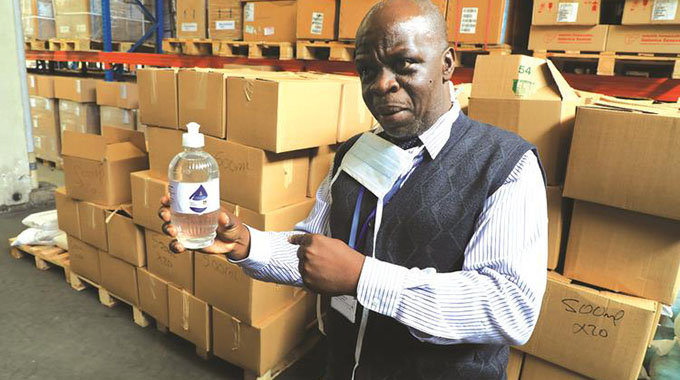 Former Natpharm acting managing and operations director Zealous Nyabadza yesterday told the court that he by-passed procurement procedures to buy surgical masks to avert a strike by medical personnel at Harare’s Sally Mugabe Central Hospital and Parirenyatwa Group of Hospitals, although it is alleged he resold the same masks at a profit.

Testifying during his bail application, Nyabadza said he was employed as operations manager before becoming managing director, a position he held when he made the purchase.

He told senior Harare regional magistrate Mr Trainos Utahwashe that he was left with no option but to take measures to avert the strike.

Nyabadza is being charged with criminal abuse of office as a public officer which stemmed from the purchase of surgical masks worth $54 600.

“There was a strike that was looming at Harare Hospital and Parirenyatwa, which I had to avert,” he said. “I was the operations manager and I had no option.”

Giving further evidence for approval of his bail application, Nyabadza told the court that he was not well and needed to attend to his daughter who had a chronic disease and needed constant attention.

“My daughter has a condition that needs serious attention and I need to drive her to a physio-therapy twice a week. I am suffering from arthritis which needs medical attention, especially during these cold times,” he said.

The State opposed Nyabadza’s bail application, saying he had already attempted to tamper with documents in a bid to cover-up the offence. The State led by Mr Ephraim Zinyandu and Nancy Chandakaona said his conduct had already demonstrated his propensity to interfere with witnesses and evidence.

They said five Natpharm employees had already told police that he had attempted to tamper with evidence.

The investigating officer in the matter, Detective Assistant Inspector Amos Mushayavanhu, who testified against Nyabadza, said the State had a strong case against the former pharmaceutical company’s boss, but investigations would require another month.

The police officer said Nyabadza had tried to get others to create the required documents.

“Five witnesses recorded statements, but from their narrations, they were pointing fingers at the accused,” said Det Asst Insp Mushayavanhu. “This was committed on May 18, 2020 and a month later the accused started manipulating evidence. Mazvita Mahere, who is in procurement department, Nesbert Tsaha in strategic business unit and one Clemence from same department, one Tichaona Ruvhayi from accounts department and another lady gave statements.”

Nyabadza will spend the weekend in custody after Mr Utahwashe failed to deliver a ruling in his bail application, indicating that he was overwhelmed by other work-related duties.