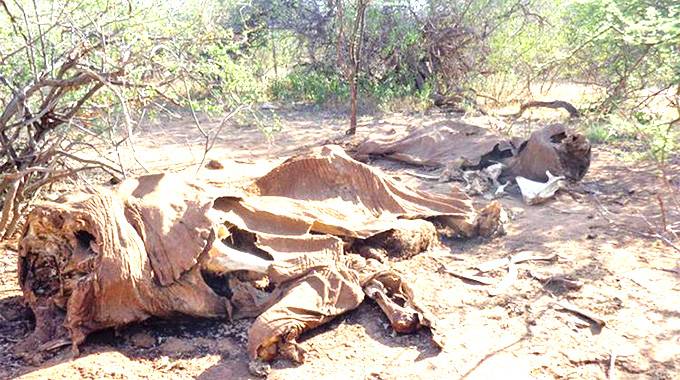 Emmanuel Koro Correspondent
The world has just been reminded that racism is a deeply hurtful problem that cuts across all spheres of life.

All four were female and of colour.

One of these elected officials might be a descendant of Africans who were brutally enslaved to help develop and enrich the American nation.

In Africa, those of us involved with wildlife conservation realise that Western racism is also a constant sub-theme in Western policy.

Take Africa’s elephant and rhino range states for example. They have been subjected to a harmful form of racism by Western animal rights groups for the past 43 years. How?

They have imposed their values on how African wildlife should be managed. For example, they have promoted a ban on ivory and rhino horn trade — and stopped all trade in domestically bred African grey parrots — in the hope that this will end poaching. It hasn’t.

In fact, poaching of elephants, rhinos and grey parrots have increased because demand for these products remains high.

“The younger supporters of the Western animal rights groups, many of whom consider themselves politically progressive, do not realise the racist nature of these organisations,” said US public policy specialist and managing director of the Ivory Education Institute Godfrey Harris.

“They have no idea that the money they donate is making things worse for Africa, particularly the rural populations who live among wild animals.

While the executives of the animal rights groups enjoy a luxurious lifestyle, rural Africans suffer the consequences of being unable to benefit from the wildlife that is part of their environment and culture.

They suffer these conditions because African wildlife can’t pay for itself while the ban on ivory and rhino horn trade, and limitations on hunting, remain in force.

Worse, urban and rural African taxpayers are forced to pay for wildlife protection in order to satisfy the values of Western animal rights groups. Comfortable in their luxury homes and offices in New York, London, Brussels and Berlin, they claim that they know what is best for African people and African wildlife. How is this attitude any different from the colonial racists such as Bismarck, Leopold, Rhodes or Livingston? Remember they proclaimed “the higher races have a right over the lower races. They have a duty to civilise the inferior races.”

This idea of imposing abhorrent Western values on Africa then is no different than the attitudes of the Western animal rights groups today.

Without benefits from wildlife and after so many fatal attacks of elephant and lions on their people and livestock, Africa’s rural communities are suffering.

If you were suffering in this way, wouldn’t you rather poach wildlife by collaborating with the poachers than adopt the racist attitudes of unseen and unknown do-gooders from abroad?

African leaders have long found racism abhorrent. Nelson Mandela, the former South African president and global icon, said it best: “I hate racial discrimination most intensely and in all its manifestations.”

The first black president of the first African independent country, Kwame Nkrumah of Ghana, told the US civil rights leader Dr Martin Luther King that he “would never be able to accept the American ideology of freedom until America settles its own internal racial strife.”

We could extend Mr Nkrumah’s thought to wildlife. Let the US solve its own wildlife issues involving the white-tailed deer, the wild Mustang horse, and the Western mountain lion before it uses the Convention on International Trade In Endangered Species of Wild Fauna and Flora (CITES) as its tool to interfere in Africa’s wild animal issues.

If the SADC countries were to leave CITES, they could easily start trading in all their currently forbidden wildlife products with world markets without endangering their wildlife populations.

The Organisation of Oil Producing and Exporting Countries (OPEC) is trading oil internationally without a UN environmental agency regulating it.

Yet oil has and continues to negatively impact the environment.

The diamond-producing countries under the Kimberly process is also trading independently.

Accordingly, there is no reason why SADC countries cannot do the same with their rhino horn, ivory and grey parrot stocks if CITES fails to end its continued racist prohibition of trade in these wildlife products.

Before taking this action, SADC countries should ensure that the countries that are going to buy their products are also willing to defy CITES.

The good news is that countries such as Japan are likely to agree to that because they have problems with international wildlife regulatory bodies as well.

In late December 2018, Japan set a precedent that sovereign countries can pull out of international wildlife regulatory organisations that don’t serve their national interests.

Japan pulled out of the International Whaling Commission (IWC) because it was prohibiting its people from commercial whale hunting for meat, which is an important source of protein.

Emmanuel Koro is a Johannesburg-based international award-winning environmental journalist who has written extensively on environment and development issues in Africa.