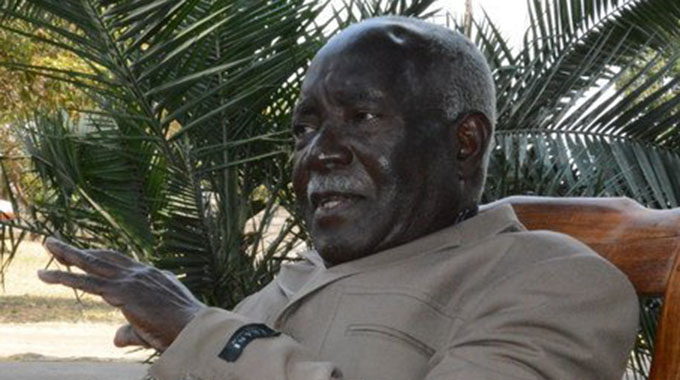 The veteran Zambian politician died at his home in Lusaka on Sunday after a long illness, according to Zambian press reports.

In a condolence message to his Zambian counterpart President Edgar Lungu, the President described the late Mr Zulu as a “veritable and strong ally”.

“It was with great shock and sadness that I learnt of the passing on last Sunday of one of Zambia’s revered crop of pioneering freedom fighters and statesmen, Mr Alexander Grey Zulu, following health challenges for some time,” he said.

“All along our prayers and best wishes were for his speedy recovery and continued good health into the foreseeable future.

“Regrettably, it was not to be. The name of the late Grey Zulu is intrinsically linked with the history of liberation movements of Southern Africa, especially my country Zimbabwe, whose citizens and many freedom fighters received tremendous moral and material support from the Government and people of Zambia during the nascent days of our struggle for national independence and throughout the liberation period.”

Mr Zulu, President Mnangagwa said, was a great icon to the region.

“Allow me, Mr President and dear brother on behalf of the ruling Zanu PF, the Government and the people of Zimbabwe, my family, and indeed my own behalf, to convey to you and through Your Excellency, to the government and the people of Zambia, in particular, the Zulu family, my sincere condolences on the death of a great icon of Zambia and Southern Africa’s liberation story.

“We mourn his great loss together.”

In his condolence message, President Lungu described the late Mr Zulu as a selfless servant.

“I am deeply saddened by the death of freedom fighter comrade Grey Zulu,” said President Lungu.

“Comrade Zulu was a selfless servant of the people of Zambia, who held several ministerial positions including the position of secretary-general of UNIP, a position equivalent to vice president.

“Zambia’s history cannot be written without the mention of this great man.”