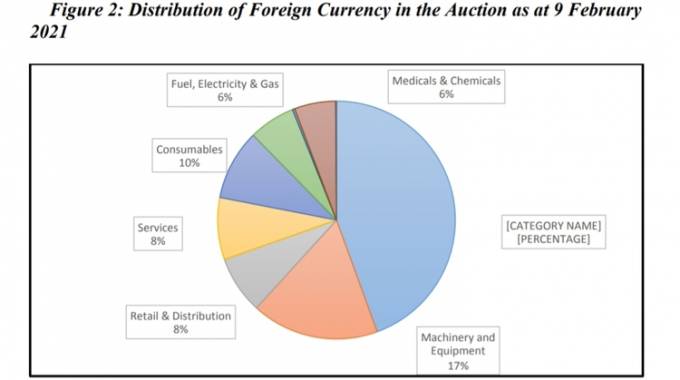 And in the latest MPS, the apex bank outlined some of the policy measures that are expected to do exactly that.

Last year, the central bank did very well and had money supply on a tight leash. Reserve Money, which is one of the indicators of money supply, was kept at an average $13 billion. In terms of growth, reserve money grew by an average 18,6 percent in 2020, against a target of 25 percent per quarter. The central bank, however, plans to tighten further.

It has now reduced its quarterly reserve money growth target to 22,5 percent in 2021.

The move is expected to safeguard and maintain the current stability in inflation and exchange rate in a sustainable manner. If the plan is successful, Zimbabweans should be able to budget without fear of having their hard-earned income eroded by inflation. The need to convert the local Zimbabwe dollar to US dollars as a way of preserving value will also become unnecessary.

Interest rates up, your

loan will cost you more

An interest rate increase has consequences for savers and spenders alike. Whether one has a savings account or a bank loan (or both), the latest move will likely have an impact.

In order to maintain monetary and financial system stability, the RBZ increased the Bank policy rate for overnight accommodation from 35 percent to 40 percent with immediate effect. The medium-term lending rate for the productive sector was increased to 30 percent from 25 percent per annum.

The Bank policy rate is the interest rate the RBZ charges banks for overnight loans. The rate influences how banks and other lenders price certain loans and savings vehicles — and it can have broader impact on people’s finances. Those planning to borrow are probably going to pay more interest than they did before the latest increase.

If one is planning to save, fingers crossed, some banks may pay more interest on savings accounts, particularly when they want to lure consumers to park their money. But most banks haven’t been too generous lately, and Zimbabweans shouldn’t expect much to change with the latest interest rate increase.

The RBZ, as part of the latest measures, says it will ensure that banking institutions comply with the Banking (Savings Interest Rates) Regulations, SI 65A of 2020, which requires every banking institution to pay interest on all type of deposits.

Unfortunately, the said interest is not prescribed and is at the discretion of the banks.

Banks are likely to take a cue from the central bank itself, which left the interest rate it is paying for savings bonds static.

The central bank has been using savings bonds to mop up liquidity in the market, raising more than $14 billion in 2020. In return, it has been paying interest rates of between 5 and 7 percent. Those interest rates have not been changed despite changes to the broader interest rates regime.

You can now withdraw more

The central bank also increased the cash withdrawal limits from $1 000 to $2 000. A $50 note will also be introduced soon. With prices of goods and services, including transport, having gone up between December and January, this should come in handy for the purchase of small basics.

However, mobile banking transaction limits were maintained at $5 000 and an aggregate limit of $35 000 per week. In the absence of much physical cash, the transacting public will thus continue paying the 2 percent Immediate Money Transfer Tax.

The forex auction is here to stay

In a recent position paper, organisations such as the Confederation of Zimbabwe Industries have suggested that the foreign exchange auction system should be regarded only as a transitional means to a market-based exchange rate regime. In other words, they are suggesting the need to move to another system of trading foreign currency.

The central bank is, however, happy with the way things are and believes maintaining the foreign exchange auction system remains paramount in anchoring inflation and maintaining price and financial stability.

What it means is that the foreign exchange auction system remains the primary platform for exchange rate price discovery.

Are banks fleecing us?

Looking at the income mix of the whole banking sector, where fees and commission (including bank charges) account for 26,9 percent of total income, compared to 18 percent from interest income (core banking activity), one would be tempted to say banks are fleecing their customers and making huge profits.

Other statistics, however, paint a different picture. The whole banking sector made a profit of $34 billion in 2020. That’s roughly US$414 million using the December 2020 exchange rate. That is an average US$21 million per bank, including five building societies and POSB. It can be argued that without fees and commissions, not many banks will still be standing.

The total foreign receipts in 2020 amounted to US$6,3 billion, up from US$5,5 billion prior year comparative. Friends and relatives in the Diaspora sent through as much as US$1 billion through formal channels.

While the country normally receives more, this is the highest it has received through formal channels in recent times. NGOs also brought in US$647 million, up 24,7 percent from last year.

Exports, however, brought in more at US$3,7 billion, with platinum miners bringing as much as US$1,7 billion, while gold brought in just below a US$1 billion.

What are we using the forex for?

Even some of the finished goods being imported can and should be processed or manufactured locally. This is a gap that local entrepreneurs can capitalise on.

The country also imported US$947 million worth of capital goods. If price differences are not a factor, then it’s an indication of plans to increase local production.