What are the options for Chamisa, MDC?

Source: What are the options for Chamisa, MDC? | Newsday (News) 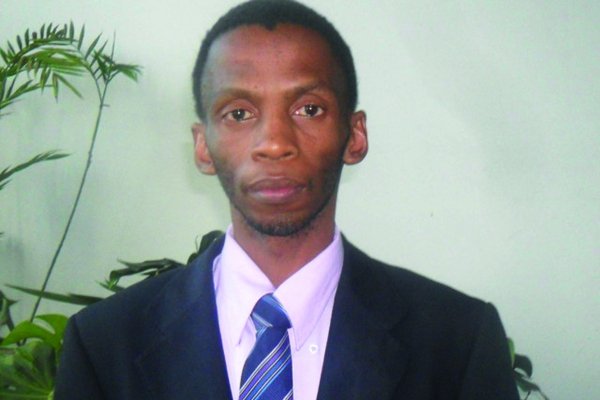 It is important for the MDC to position itself as an effective opposition party whilst proffering itself as a viable alternative to the status quo. Failure to do so could result in the demise of both Chamisa and the MDC brand.

First of all, it must be said that the youthful Chamisa did extremely well in a heavily uneven playing field. To have amassed over two million votes, barely a year after he had taken over the reins of the party was, indeed, a commendable achievement. This was also achieved with a shoe-string budget and against an opponent with the glaring advantage of incumbency.

Having said this, it is not enough for the MDC to merely condemn the elections and outcomes as illegitimate, but they have to move on and reposition themselves if they are to stand a reasonable chance in the 2023 plebiscite.
Chamisa actually stands an incredibly good chance of winning the 2023 elections if he keeps his eyes on the ball and rids himself of all vestiges of hoodlum politics and over-confidence.

He is just 40 years old, but has exhibited great resilience and capacity traits by harnessing over two million votes against a man who has been in government for over 38 years.

He, however, has to make sure that he manages his political weaknesses, which may result in him being a political casualty, both within and beyond his party. The following may be crucial in this regard.

The MDC has to first metamorphose into a singular political party with structures at the most basic village and township level in the whole country. They have to ensure that they have a solid membership base of at least one million in the 1 200 wards of the country.

This membership base must form the “fulcrum” or foundation of their core funding so as to reduce reliance on external funding.

A million members paying a dollar each per year is a million dollars and this, complemented by funding from the Political Parties Act, should be enough for basic core funding.

Critically, the strength of Zanu PF is in its structures and to ignore this strength would be an act of cardinal self-destruction and mass political suicide.

Chamisa and his party must, therefore, have a presence in every single village in the country and this means they would be able to field candidates in every single council and House of Assembly seat that is contested for.
This also means there would be sufficient election agents at every single polling station. The starting point for them would be an audit of all their structures and a four-year plan to strengthen these structures.
If they are to stand any chance in the elections, they should also have strongholds in resettlement areas as these are serious Zanu PF strongholds.

The MDC or whatever it would be called after it reconstitutes itself, must demonstrate that the Provincial and Metropolitan Councils, as well as rural and urban councils it runs, are a model of good governance, good resource stewardship and sound service delivery.

If they fail to do so, this may surely be a sign that as a government in power, they would fail. Chamisa and his top brass have to, thus, ensure that the party has a robust local governance framework focussing on deliverables and development.

The MDC must also maximise its presence in Parliament and not be reduced to an extension of Parliament fittings and furniture. They must make their presence felt in the august House in the same manner that the likes of Sidney Malunga, Lazarus Nzarayebani, Micah Bhebhe, Steven Nkomo, Ruth Chinamano and Byron Hove did in the 1980s.
Later on, we also had luminaries such as David Coltart, Priscilla Misihairabwi-Mushonga, Blessing Chebundo, Tendai Biti, Jesse Majome and Tabitha Khumalo.

Failure to register their presence in Parliament to articulate the hopes of millions of Zimbabweans, who are already grovelling in grinding poverty would be tantamount to betrayal. Lessons could be learnt from the Democratic Alliance and Economic Freedom Fighters in South Africa.

Although Zanu PF enjoys a comfortable two-thirds majority, the MDC must make use of its presence in Parliament as an alternative front.

Chamisa must invest the next few years in reaching out to those that were hurt by his ascendancy to power, including Thokozani Khupe. This would demonstrate true statesmanship and maturity, which are both qualities he desperately needs.

Violent behaviour and quasi-militia groups within the MDC must be dismantled and the primary election process cleaned up.

It is imperative for Chamisa to be an effective opposition leader and to also prove that if given the chance, he could govern well by proffering alternatives to the status quo and not just lambast Zanu PF and the government as people may soon get tired of that.

They must embrace the concept of developmental politics, which focuses on how people’s lives may be improved. This will greatly improve his political prospects in 2023.
Mayibuye!

The post What are the options for Chamisa, MDC? appeared first on NewsDay Zimbabwe.