What’s next for Zim? 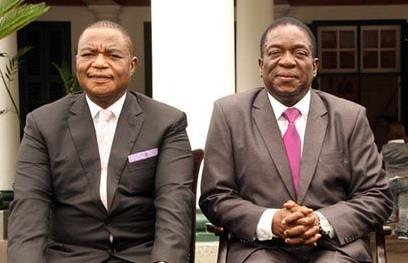 HARARE – The current political system in Zimbabwe under the ruling Zanu PF has failed to work for 38 years and it would be folly to think it can work now, political analysts contend.

They also called for an urgent multi-sector dialogue that looks into the country’s socio-economic and political issues.

The call comes as the country is gripped with fuel shortages, soaring prices of basic goods, drugs and cash shortages in banks.

Zimbabwe has also witnessed mass demonstrations against the worsening economic situation while most workers’ unions are threatening to embark on industrial strikes.

Playwright Cont Mhlanga said the one question that puzzles him is why people are failing to do the simplest thing of governing a country like Zimbabwe.

“More so, Zimbabwe with united people who are patient, calm, peaceful, friendly, hardworking, enterprising and educated. Honestly and seriously speaking Zimbabwe should be the simplest country for any serious group of sober politicians to govern,” he said.

Mhlanga said it is now clear after the removal of former president Robert Mugabe that individuals were not the problem but Zimbabwe’s political institutions.

“I have concluded that the problem is with Zanu PF as a political institution. It is an institution that has no clue on how to train its membership on what it means to govern a country and be governed.

“As long as Zanu PF remains as it is without fixing itself internally, Zimbabwe will stay chasing economic turn-around wild dreams that never yield,” he said.

The controversial playwright said Zimbabweans have witnessed tens and tens of such turn-around economic programmes for over 15 years and no results yet Zanu PF continue endorsing them as if they are a party of a bunch of kindergarten politicians.

Mhlanga had a word for Finance minister Mtuli Ncube. “It is not the economy that needs fixing Ncube, it is Zanu PF that needs fixing! Zanu PF’s social and political fabric has been slowly decaying since after creating a soft one-party state through Gukurahundi and the Unity Accord,

“This decayed social and political fabric if not fixed will continue to cloud the judgment of those who are for the nation. This confirms that they are a government without power to fix anything let alone the economy.”

Political analyst Vivid Gwede said the nation has been a victim of bad politics which has kept the nation under siege and in stagnation.

“To begin with, there is need to address the illegitimacy crisis created the 2018 election. That means there must be dialogue between the main political gladiators, MDC Alliance and Zanu PF.

“The disfunctionality of the current administration is playing out in Parliament where battles to do with the legitimacy question are rearing an ugly head. The legislative chamber has literally degenerated into a war zone.

“It is difficult to see any other way forward, except dialogue led by the political leaders themselves. Political matters in this country have reached a mutually hurtful stalemate.”

Gwede said there is need to manage an inclusive political system that works to transition Zimbabwe from the current mess.

“How that should look like is the homework for pundits and politicians across the spectrum. What is clear is that the Zanu PF rule has been problematic both on the electoral and performance legitimacy fronts.

“And the political system has been too captured, backward and disfunctional to automatically adjust and reboot itself in ways that would occur in democracies such as elections. The current political system has failed to work for 38 years and it would be folly to think it can work, so we must change it.”

Human rights lawyer Dewa Mavhinga said Mnangagwa’s government must realise that economic development of the country rests on two pillars — one is the economic side and the other is the good governance and human rights side.

“It is not enough to talk about the country being open for business without presenting hard evidence of good performance on the human rights and rule of law pillar.

“People do not come to invest because the government says Zimbabwe is open for business, they come because they see that there is respect for rule of law and human rights to protect their investments,” said Mavhinga.

He added that to solve economic challenges Zimbabwe must focus on good governance and human rights reforms.

“When Zimbabwe is open for human rights respect, it will be automatically open for business.”

Analyst Rashweat Mukundu said we cannot run away from fact that we are hugely divided and we can’t agree on any common agenda to take Zimbabwe out of this crisis.

“We need national multi-sector dialogue that looks into the socio-economic and political issues that divide us and solutions thereof. This means that leadership in government must show magnanimity and reach out and such dialogue needs to be sincere.

“It’s high time Zimbabwe put everything on the table and we have a new start. Attempts at talks and reconciliation are piecemeal and insincere, hence a recurring of the same issues year and year out,” said Mkundu.

ZimRights director Okay Machisa said first and foremost Zimbabweans need to unite as a country from the political circle to social front.

“The country is divided and there is an urgent call for unity and this will depend on the way our leadership speak, operation at policy level and the political will for people to get to speak.”

Machisa said the crisis of our economy is real and leadership should be open about it. “There is policy inconsistency at the top and it’s different from the reality on the ground.

“The majority of people are suffering and these are those who have no access to US dollars — if the bond note is not working let us just throw it in the bin. Simple mathematics in the home will tell you that things are not well. If the situation is not urgently addressed I see it backfiring politically!”

Political analysts Pius Pigou said ideally one would like to see a genuine commitment to an inclusive national dialogue on constitutionalism, reform, new social contract, rule of law and reconciliation.

“There are a number of key interrelated issues and themes that require conversation, this requires not only talking but listening, but unfortunately constituencies are talking to each other in a dialogue…but it’s about issues of legitimacy and who is right.

“This national dialogue has to happen without the domination, control and manipulation of a single political party,” said Pigou.

Crisis Coalition spokesperson Tabani Moyo agrees that there should be genuine multi-stakeholdersim approach towards addressing the deep-seated crisis.

“This calls for a strong and visionary leadership which puts the country first before its narrow political interests. This dialogue should lead to broad based reforms in our political institutions and laws, economic approaches which are pro-poor rather than the current ESAP II which targets the poor. After Mugabe’s departure, the bar had been set too low for anyone to fail.”

Social analyst Rejoice Ngwenya said if he were to advise government he would say “totally submit yourselves to free markets, restore all our democratic freedoms and revert to a single currency economy. Cut the government in half and restore property rights. To opposition, I would say put together urgently a shadow government.”

Deputy president of the MDC led by Thokozani Khupe, Obert Gutu said fundamentally Zimbabwe is a deeply divided nation politically and it’s absolutely shocking that four months after the July 30 harmonised elections, we are still neck-deep in an electioneering mode, holding so-called “thank you” rallies while the national economy is bleeding and the lives of the majority of the people are becoming more and more miserable.

“We, the politicians, are still hustling and tussling on the political turf. What errant nonsense is that? What we have to do, and I mean all of us, is to immediately disengage from the electioneering mode and start focusing on fixing the economy.

“I have got a few words for those among us who are still pushing the nonsensical and puerile argument that President Emmerson Mnangagwa is not legitimate: they’re wasting their time and energy, including their meagre financial and material resources.

“The issue of ED’s legitimacy was sealed when the apex court of the land, the Constitutional Court, ruled that he is the legitimate and lawful President of Zimbabwe. Anything else would be tantamount to whistling through a graveyard. There is not going to be any response from the dead and buried! It’s as simple as a, b, c.”