Where are we going?

Source: Where are we going? | Daily News 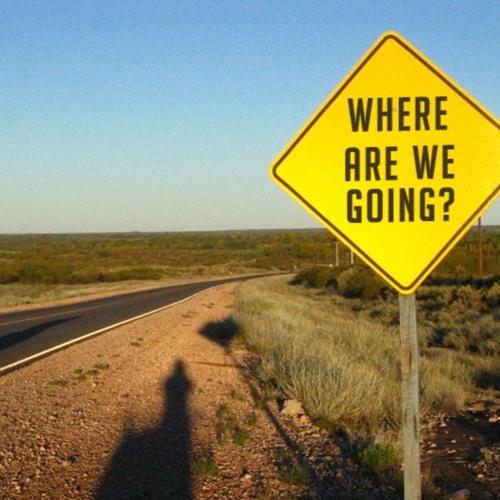 I drove up the window at the toll gate and the man on duty asked me “Eddie, where are we going?” He was not asking what my destination was but where did I think the country was going.

Last night my daughter attended a parents meeting at the school her son attends and came home saying what a mess everything was in — they could not agree on changes to the school fees.

Certainly, I can seldom recall a period when people were so angry about the state of things here. The thing that is upsetting people most is the continued instability in money markets — this past week the informal sector rate has crept up and now shadows 5:1.

What officials and ministers do not seem to appreciate is the massive impact of the seemingly small movements in the exchange rate. 3:1 as compared to 4,5:1 represents a 50 percent increase in prices.

I have worked in the business sector for 60 years but never appreciated to this extent the issue of what economists call “price discovery”.

People simply do not know what to charge for goods and services. I walked into a fast food place yesterday and the price on the board was $2,50 for the item I wanted. When I paid for it I was charged $9.00 —  implied exchange rate of 3,6:1.

For the second time in a decade our savings have been wiped out, values turned upside down and markets thrown into chaos with a dramatic decline in net disposable income. If you are on a fixed salary or pension (like me) then you are now earning a quarter of what you earned in real terms just a year ago.

But prices do not stay constant — fuel and transport charges are up three times, in the retail stores prices are all over the place but on average perhaps four to five times what they were a year ago. Many people must now be on the edge of destitution.

In Sudan, the government was overthrown by a military coup after bread prices rose in January. Here people just knuckle down and try to survive — but the anger at these conditions simmers just below the surface and trouble could break out at any time.

That is why I have been arguing for the government to take this issue seriously and convene the Tripartite Negotiating Forum (TNF) attended by the unions, employers and the State as soon as possible.

I spoke to the President himself last week about this and he said he had asked the Labour minister to convene the TNF — but still no action. We play with fire by not attending to this.

But there is more to this than just understanding that we must try to restore people’s buying power, we need to understand that the government has completely changed the basis of our economy in the past few months.

First priority was to balance the budget — this is done and in the last quarter of 2018,  revenues rose 43 percent and a substantial budget surplus was recorded.

We have now been able to retire some domestic debt, raise civil servant’s salaries by 18 to 30 percent and pay December bonuses without borrowing — quite an achievement which has now been recognised by the IMF who have accepted us back onto a Staff Monitored Programme — astonishing short at nine months meaning that they think we are on track.

But up to June 2018 we had been living beyond our means for the previous four years — the result an overvalued local currency and a mountain of local debt. In addition — while we grew our economy on the back of growing domestic consumption (something the Chinese are now trying to do) we taxed our formal sector at over 30 percent of GDP and in addition took billions of dollars from our exporters in a scam which diverted this wealth to subsidies on fuel, food and other essentials as well as a life of luxury for the connected and the corrupt.

Because we have a form of democracy there are always more consumers than producers in any society and this translated into neglect of the productive sector and massive subsidies for the consumptive sectors of our economy.

We grew our GDP — but slowly and on a basis that simply could not be sustained. Many of our industries grew fat and lazy on subsidies and protection.

The new Government has dismantled all of that and in a matter of
months, the whole basis of the economy has changed – our exporters are now receiving full value for their earnings, our consumers are slowly waking up to a new reality of just what things cost and it’s not pretty.

Many firms and Banks have discovered the completely false
basis on which they have been operating and are technically bankrupt. We are struggling to try and deal with this new reality.

Ours is a regime that has struggled with its own contradictions and conflicts since it came to power after the overthrow of Mr. Mugabe in 2017.

In this context the reformers in the Government, including the
President and the Minister of Finance have struggled to secure
agreement to the changes needed to secure the future and have faced opposition on many issues. However, they are slowly gaining the ascendency and we must not, under any circumstances, allow the program of reform and change to be derailed.

We must recognise that we are in the process of shifting the whole basis of growth in our economy from consumption and import substitution to export led growth by the productive sector. Global revenues to the export industries have been increased from $3,5 billion to $15,5 billion, an increase of 4,4 times. They are just waking up to this new reality and are awash with local currency.

One small exporter in the South West of the country asked me “what do you think I should be doing with my surplus RTGS?”. A year ago he was struggling with liquidation. I advised him not to buy foreign currency as I am sure that once we can get the crooks out of the game the rate is going to strengthen. He should invest in expanding his exports.

Our largest source of foreign currency is our amazing Diaspora – they pour at least US$3 billion a year into our economy – a year ago that was worth RTGS $4,2 billion – today its worth RTGS$12 billion.

That is a growth of inflows greater than the national budget. It will take time for this new buying power to feed through to growth but it is coming and that is why I think the IMF forecast of a 5 per cent
decline in our economy this year is nonsense. But because this growth has to come from production and not simply consumer spending – it will take time as there is a lag between the resumption of real earnings by exporters and their capacity to increase output.

Is this the right thing to do? You bet it is! You cannot increase the
wealth of a nation by just taking in each other’s washing. You must produce things.

The Tiger economies of the Far East have transformed
the lives of their people and dragged billions of people out of
poverty by exporting to the world. International Trade has expanded at 15 per cent annum since the Second World War and this has been the engine of growth for the whole world. We have not participated in this rush for growth and it is now our turn to do so.

Just look at the astonishing transformation of the economies of Rwanda and Ethiopia, now among the fastest growing economies in the world.

For the first time in our history we have a government that is
committed to backing the Zimbabwean population – we are a hardworking and enterprising people who have spent our lives trying to survive bad government.

Now we need to get down to business, stop whingeing and make our own way into the future. I cannot think of another country that offers so much opportunity to a person who wants to “give it a
go!”