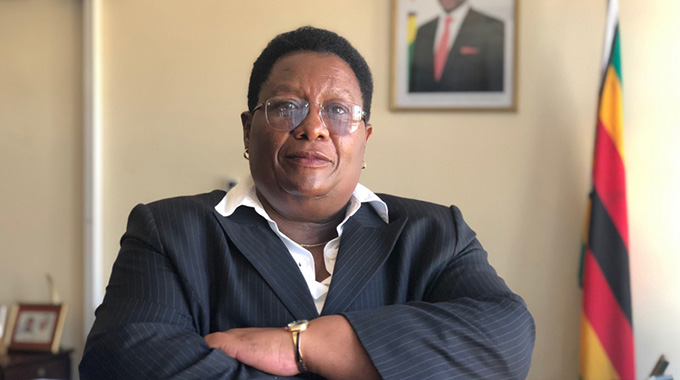 The Zimbabwe Anti-Corruption Commission (ZACC) has received over 400 reports on suspected corruption so far this year, almost double the number received during the corresponding period last year.

This demonstrates improved public confidence in the work of the commission, which has witnessed several high-profile arrests and their appearance in court, including accelerated asset recovery of proceeds of corruption.

The number of reports filed with the commission is expected to soar going forward, thanks to the development of a whistle-blower app that is set to be officially launched next week by the ZACC chairperson, Justice Loyce Matanda-Moyo.

This is a significant milestone in the work of the Fourth Commission, which celebrated its first anniversary in office in July.

Whistle-blowing is a term used when a person passes on information concerning corrupt practices such as fraud, bribery, abuse of power, etcetera.

This can be referred to as “blowing the whistle” or “making a disclosure”.

The person who passes this information is usually closely associated with the organisation in which the wrongdoing occurs.

Sometimes the person could be a supplier or a customer.

They become a whistle-blower when they observe behaviour or actions that they believe to be criminal and not in line with the law or ethical code, and report that suspicion as a whistle-blowing matter.

One of the biggest challenges that the commission has been experiencing relates to dealing with allegations and reports that are filed long after the evidence has been concealed.

The challenge with such a scenario is that often times, in the absence of concrete evidence, there is a real risk that the perpetrator may evade justice for a long time.

This is because the justice system works on evidence that can be proven in a competent court of law beyond reasonable doubt.

One of the ways that will help us in expediting the journey between a report and a conviction is through public collaboration.

This explains why the commission has developed such an online application to enable the public to assist the process by submitting any useful evidence that they may have come across.

The whistle-blowing app to be launched was developed specifically to ensure that we never get to know the identities of the whistle-blowers, except in cases where they choose to reveal themselves.

One of the good practices of whistle blowing is to safeguard witnesses who report corruption against any form of retaliation (for example, threats, harassment and demotion) and allow for anonymous reporting.

The National Anti-Corruption Strategy that was officially launched by H.E. President Mnangagwa on July 11 has underscored the importance of maximum protection of whistle-blowers simply because they are a vital cog in the anti-corruption fight.

So how exactly does this app work?

The whistle-blowing app will be available on www.zacc.online/tip-off or through links that will be communicated via the ZACC communication platforms.

The application is designed to engage with the user through an artificial intelligence operation that asks the user questions in a manner that is as easy as texting.

The idea of making it basic and user-friendly is based on the need to quickly attend to an issue and get the information that is useful in the shortest possible time.

In order to ensure maximum protection of the identity of the whistle-blower, infrastructure that powers the application is designed to blind all incoming records to ensure that no one will ever have access to the location, device type or any cookie that may be harvested online.

This process is done by sending all the traffic through one server that will encrypt the sent messages and mask all the incoming reports with one IP address.

That is to say if a person in Kadoma and another in Johannesburg makes a report through the app, as far as the setup has been configured, that report is coming from one location, device and address.

Some will ask why the platform is not available on applications that people use on a daily basis such as WhatsApp, Facebook Messenger, etcetera.

After considering all these platforms during the development of the application, we figured out that the greatest need was privacy of the whistle-blower.

We thus deliberately excluded platforms that come with a username or mobile service number as a form of identification.

It is for the need to give utmost protection to the whistle-blower that we saw it fit to make sure all traffic goes through an encrypted platform.

There is no doubt the development of the whistle-blower app will strengthen the commission’s investigation processes, leading to successful convictions.

But for the app to effectively achieve its objectives, ZACC will ensure it is complemented by the following: tracking trends that may appear from the reports and designing appropriate strategies to address them; assigning appropriate people with both the requisite authority and experience to perform the investigation; undertaking to keep the whistle-blower informed of the progress and, subject to legal constraints, the outcome of the investigation; and ensuring all complaints are acknowledged in writing to the whistle-blower within a reasonable period after the complaint is received, if the identity of the whistle-blower is disclosed.

I should also say the development of the whistle-blower app is not a licence for people to file false reports with the commission.

The laws of the country make it a serious offence to maliciously make a false report alleging the commission of an illegal corrupt practice knowing the allegation to be false or having no reasonable ground for believing it to be true.

Meanwhile, as investigations intensify, the commission has witnessed an increase in the number of arrests involving high-profile cases in terms of the quantum of prejudice involved.

During the month of August, some of the arrests involved corruption at the Ministry of Defence and the Mutare diamond operation.

Through the efforts of the commission, a conviction was secured in the matter of the State vs Catherine Katsande, a former employee of Petrozim Pvt Ltd, who was convicted on six counts of theft and was sentenced to an effective 30 months imprisonment.

Three arrests were made under the Mutare diamond operation, leading to the recovery of about US$15 285 and $6 255, four diamond scales and a suspected Rhino horn.

The accused were referred to court and remanded out of custody on $25 000 bail.

The diamond probe did not end with the arrests. Investigations continue to bring more culprits to book.

A total of 50 dockets have been finalised so far this year and referred to the National Prosecuting Authority for prosecution.

The target is 80 dockets to be finalised by year-end.

The commission is therefore on course to achieve or even surpass this target.