Why charcoal clean up efforts are in smoke

Source: Why charcoal clean up efforts are in smoke | Herald (Opinion) 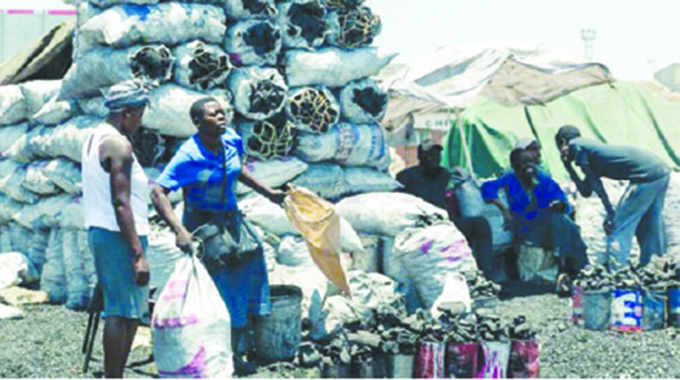 Improving charcoal production at the grassroots level will allow governments in the region to tap into the growing global demand for sustainable charcoal in international markets, while contributing to climate change mitigation

Charcoal is an essential source of domestic fuel in many sub-Saharan African countries.

Overall, the region produces 65 percent of the world’s charcoal, with Nigeria, Ethiopia and Ghana being the top three producers.

The charcoal sector employs about 40 million people in the region. Smallholders are responsible for most charcoal production, and it’s an important safety net for most producers.

Producing charcoal involves burning wood under anaerobic conditions — when too much oxygen is supplied, the wood turns to ash.

As a result, charcoal production is one of the main drivers of savannah and forest degradation in sub-Saharan Africa.

Nevertheless, demand for charcoal is rising. This has led to governments attempting to formalise the sector.

One such step has involved enabling investments from large-scale companies.

For example, in Ghana, the government leases out forest reserves to private companies to produce wood on plantations for conversion to charcoal.

For example, in Malawi, the State forbids smallholders from producing charcoal without permits, with non-compliance leading to fines and up to 10 years imprisonment.

I conducted a review of charcoal production and recent developments in sub-Saharan Africa.

It’s not clear that formalisation tackles challenges at the grassroots.

For the charcoal sector to transition towards sustainability, I argue for the adoption of integrated approaches that pay attention to the social needs of actors while tackling environmental concerns.

This should preferably be done under the banner of ‘carbon-neutral charcoal’.

Efforts to formalise the sector

In recent years, many countries, including Ghana and Malawi, have tried to formalise the charcoal sector.

Their reasons for doing so have varied, and have included the desire to:

Increase revenue from charcoal to state governments through taxes, and

The consequences of these endeavours are contested.

For example, in Ghana, in a bid to promote sustainable charcoal production, the government enabled foreign investors to acquire large tracts of fertile land for wood production.

The effect was that many smallholders have been displaced from their lands and means of production.

The idea behind introducing taxes is also unclear.

For example, in Ghana the government imposed taxes on smallholder charcoal producers with no clear plan on how these taxes would lead to sanitising the charcoal sector or support the countryside’s development.

Malawi has imposed outright bans on charcoal production without permits. This has removed a crucial safety net for smallholders, forcing them into poverty.

In addition to the fact that many interventions have failed to work, it’s also become clear that smallholders employ several strategies to subvert sanctions instituted by the state government.

These include using illegal means to transport charcoal and paying bribes to law enforcement agencies. Kenya is one country where this happens.

There is also ample evidence that prohibitions such as banning the production and transport of charcoal don’t work in many countries in the region because of weak institutions.

Given that the current path towards formalisation is failing, what alternatives can governments adopt?

Making the charcoal sector less carbon intensive is desirable. But the current pathways chosen by various governments aren’t sustainable because they deprive many poor farmers of the means of their survival.

I identify a number of steps that could be taken.

This approach has been in place for decades in countries, including Ghana.

It has its flaws. For example, there is no proper accountability for how traditional leaders apply revenues raised from allocating wood resources.

But it has nevertheless helped sustain the population of valuable tree species in the savannah, including the shea tree (Vitellaria paradoxa) and the African locust bean tree (Parkia biglobosa) in Ghana.

This way smallholders could produce charcoal from sustainable wood-lots that are harvested in rotation.

Efforts also need to be made to address some of the structural challenges along the charcoal commodity chain, including the skewed distribution of profits to traders and merchants.

The creation of cooperatives could help by strengthening the bargaining position of smallholder charcoal producers.

Finally, improving charcoal production at the grassroots level will allow governments in the region to tap into the growing global demand for sustainable charcoal in international markets, while contributing to climate change mitigation.
— The Conversation Africa.