Why not legitimise ivory trade? 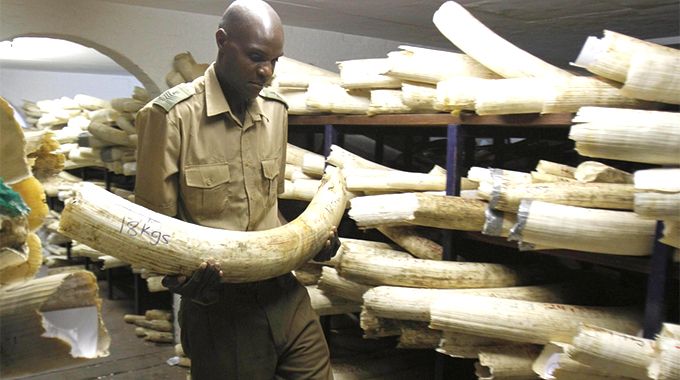 The biennial meeting of the global wildlife watchdog has now been moved to August in Geneva, Switzerland following security concerns in Sri Lanka, where it was originally scheduled to take place early June.

“We are gravely concerned by one-size-fits-all approach where banning of trade is creeping into the CITES decision-making processes,” the President lamented, as he officially opened an international wildlife conference in the Victoria Falls last week.

“We call upon the institution to resist the temptation of being a ‘policing institution’ and instead be a developmental one which promotes the intricate balance between conservation and sustainable utilisation of all wildlife resources,” he urged.

President Mnangagwa’s call is backgrounded by an issue that has become as emotive as it is acrimonious in Southern Africa – that of the banning of commercial ivory sales by the Convention on International Trade in Endangered Species (CITES). There’s a certain amount of skepticism in these parts of the world, home to the world’s largest elephant herd, that the CITES has morphed into a bully, pandering to the whims of rich states within its membership.

The wildlife watchdog was founded 40 years ago on the principle of protecting animals and plants faced with extinction through consensus rather than coercion.

However, CITES has for many years restricted trade in ivory arguing that liberalisation could lead to a spike in illegal killings of the elephant for its tusks. The embargo does not sit well with countries like Zimbabwe, Botswana, Namibia and South Africa, which have shouldered the burden of looking after an explosive population of elephants, mainly through inadequate government budgetary allocations.

Victims of their own success in elephant conservation, the Southern African group has intensified efforts lobbying CITES for the lifting of the ban in the trade of ivory – mostly the remains of animals dying from natural causes. Zimbabwe has a 96 tonne ivory stockpile.

In Victoria Falls last week, while addressing the first Africa Wildlife Economy Summit, President Mnangagwa gave the clearest and quantifiable indication of the commercial value of Zimbabwe’s ivory inventory – an estimated US$600 million – and what that money could do to better elephant protection.

“If we are allowed to dispose of the same (elephant tusks and rhino) under agreed to parameters, the revenue derived there-from would suffice to finance our operational conservation efforts for the next 20 years,” he said. This is the same motivation for ivory trade proponents in parts of SADC – the need to raise funds for conservation of the same.

The only reason that the world’s attention is centred on Zimbabwe’s 80 000 elephant herd, the world’s second largest, is because the country has largely managed to keep poachers at bay, and to grow the herd prudentially, even on a shoestring budget.

The Zimbabwe Parks and Wildlife Management Authority spends millions of dollars each year in wildlife protection. But unlike other countries such as Kenya (which burned 105 tonnes of ivory a few years ago in a carefully coordinated stunt supposedly to dissuade poaching) that enjoys foreign support, ZimParks self-funds, with only about one percent of its annual spending funded by Treasury.

That budgetary support has often been cut. ZimParks is now expected to operate commercially, and began this journey a few years back by selling off some its safari properties to those that can better manage it. It’s a desperate measure to raise funds for conservation really, where 96 tonnes of ivory could have easily provided the equivalent of US$600 million. Together with South Africa and Namibia, Zimbabwe has sulked at the idea of destroying ivory as a conservation strategy. Instead, it has always argued that selling the ivory, legally, and reinvesting the proceeds into wildlife protection, made so much sense. According to a 2014 report, CITES admits that the high poaching incidents in Africa result mainly from poverty, weak governance structures and poor funding.

Burning or crushing brings in neither the money needed to manage wildlife sustainably nor the financial wherewithal needed to halve poverty or tame poaching.

We have questioned in the past: if illegal ivory sales are truly a crisis, why not just legitimise the trade?