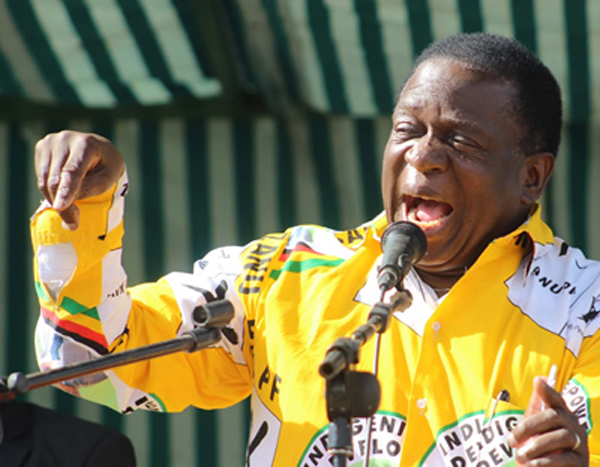 HARARE – Elected Members of Parliament from the ruling Zanu PF party are set to receive $13 000 each for their victory celebrations, the Daily News can report.

The windfall is being drawn from Zanu PF’s eye-popping $15 million budget that had been set aside for a run-off, which the ruling party averted after its presidential candidate sailed through with a razor-thin margin.

Zanu PF also secured a majority in the National Assembly.

While the victory celebrations have been put on ice pending a Constitutional Court (Con-Court) petition by MDC Alliance leader Nelson Chamisa, Zanu PF has already authorised the release of the money in the event that the superior court rules in favour of President-elect Emmerson Mnangagwa.

The Con-Court, which is the highest court of appeal on the land, is set to sit down tomorrow to hear Chamisa’s court challenge which has so far put Mnangagwa’s plans on hold.

Chamisa is seeking the Con-Court to declare him the winner of the elections or that the apex court orders a re-run — something that Zanu PF is seemingly well prepared for.

Several winning MPs from Zanu PF told the Daily News that they were promised hard cash in the event of winning the general elections.

“We were promised $13 000 as a winning bonus. The money is supposed to go towards funding celebrations in our respective constituencies. Now Chamisa is making silly noises and we cannot get that money.

“Most of the MPs spent huge on the elections and the $13 000 will go a long way in filling the gap,” an MP who asked not to be named told the Daily News.

Several other legislators confirmed that indeed their pockets were set to be lined further, on top of the off-roaders that they received for campaign purposes ahead of the disputed elections.

Sources in the ruling party also revealed that Zanu PF’s war chest still boasts of at least $15 million that was set aside to cater for a presidential election run-off.

“That should be known by the commissariat, talk to  Rugeje,” said Khaya Moyo.

Rugeje was not forthcoming on the matter, as he also referred questions back to Khaya Moyo.

“Why don’t you talk to Moyo, he is the one in charge of publicity,” he said, when he was pressed for an answer Rugeje said, “I am presently out of the country and presently don’t have an answer for you”.

While Chamisa’s MDC Alliance struggled with funding during its campaigns, Zanu PF was awash with resources and spent big in rolling out electronic billboards and dishing out its campaign regalia.

Zanu PF also offered its supporters with farming inputs and gave each of the 210 parliamentary candidates a campaign vehicle.

According to Zanu PF officials, the ruling party got much of its funding from the Communist Party of China and companies that are eyeing opportunities to emerge under Mnangagwa’s administration.

Carrying on with former president Robert Mugabe’s politics of patronage, the so-called new dispensation also bought more than 226 cars for traditional leaders in a move described as vote buying and misplaced priorities by critics especially poll observers from the western world.

Zanu PF has a fleet of Ford Fiestas, Ford Ranger trucks, and buses and has a specific budget for the youth league and women’s league running into millions.