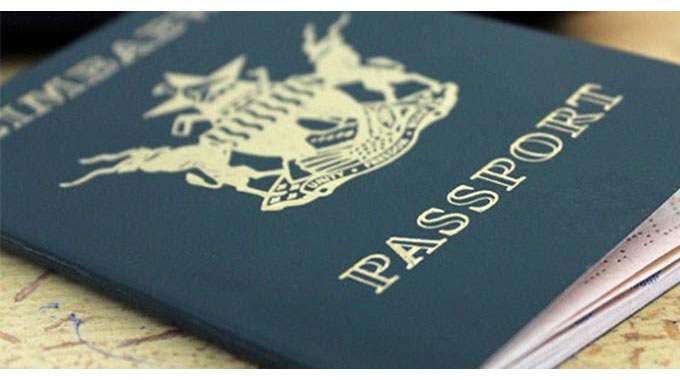 A WOMAN employed as a general hand at the Registrar-General’s Central Registry Headquarters in Harare was arrested last week after allegedly receiving a bribe from a desperate passport applicant.

She reportedly promised to facilitate the expeditious processing of the document but, however, failed to deliver.

In a statement, ZACC spokesperson Commissioner John Makamure said Mashanda failed to deliver on her undertaking, after which the matter was reported to the authorities. “Sometime in March 2021, the complainant was approached by Tofara Mapundu, a female Zimbabwean who is based in Namibia, to assist her in applying for a Zimbabwean passport,” said Comm Makamure.

“She gave her the passport application form that had already been filled in with her personal details to submit to passport offices at Makombe Complex, Harare, on her behalf.”

Mashanda charged Mapundu a substantial amount of money which was delivered through an emissary.

The accused promised that Mapundu’s passport would be processed and ready for collection in a fortnight from the date the accused was given the application form.

After the agreed two-week period lapsed before the passport was delivered, Mashanda started evading the complainant.

“After the expiry of the agreed two-week period, the complainant started making enquiries for Tofara Mapundu’s passport from the accused, but the accused started to be evasive.

“The complainant approached Makombe Complex passport offices to verify whether Mashanda had submitted the application, only to be told that there was no record of her application.

“The accused did not facilitate the passport application in the name of Tofara Mapundu but converted US$428 she was given by the complainant to her own use,” added Comm Makamure.

Mashanda appeared in court yesterday and was remanded in custody to May 10.