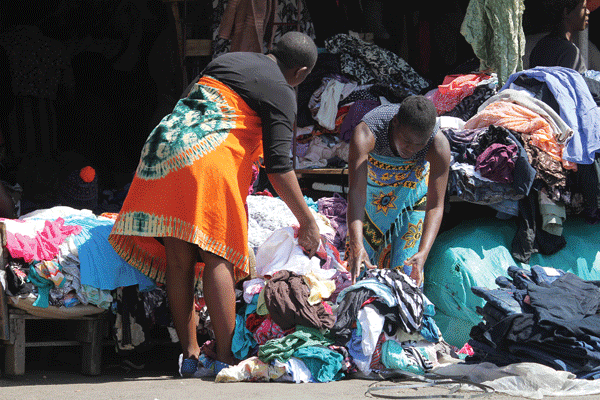 A WOMEN lobby group fears that most women will soon suffer mentally due to the deteriorating economic situation in the country.

The Women’s Academy for Leadership and Political Excellence (Walpe) said women were the hardest hit by the prevailing harsh economic situation that has pushed a large number of them into abject poverty.

“The worsening economic situation has adversely affected women and is continuously pushing a large number of them into poverty every day,” Walpe said in a statement yesterday.

The organisation further said the situation was increasing the vulnerability of women.

“Prices of staple food and other basic goods have gone up beyond the reach of most ordinary families, particularly female-led households.

“At the same time, social safety net that are mostly used by women such as health, shelter, education, pensions, water and sanitation and electricity are on the decline and as a result, vulnerability has increased, among women and girls.”

Because government is not proffering tangible solutions to the economic crisis, the group contends that mental health issues and trauma will soon afflict most women.

“The current economic hardship is also taking a toll on women’s participation in leadership as they are preoccupied with fending for their families, hence the urgent call for solutions to stabilise the economy,” Walpe said while calling on government to address the economic situation in the country to help relieve the women’s misery.

“We are appealing to the government to deal with the economic crisis to ensure social safety net services, create job opportunities for women and actively involve women in identifying gender-sensitive solutions to the current economic challenges,” the organisation said.

Walpe is a women’s political empowerment and leadership academy set up to advance knowledge and deepen the capacity of women who want to successfully run for public elected positions.

It seeks to provide women with technical and practical trainings that empower them to run for public office and capacitates them to challenge the status quo.