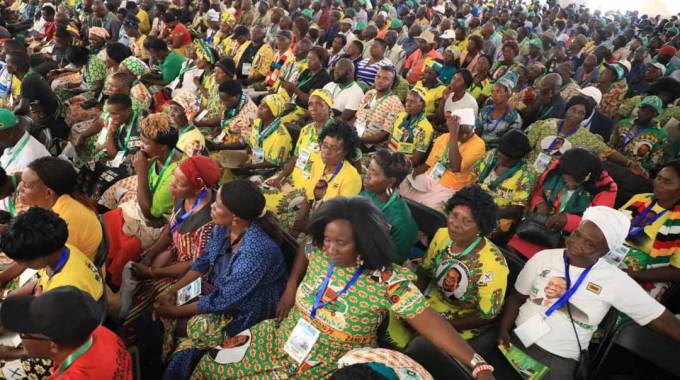 She was presenting the organ’s resolutions on behalf of Cde Mable Chinomona — the Women’s League secretary — at Zanu-PF’s 18th Annual National People’s Conference, which ended yesterday in Goromonzi.

‘‘That the Women’s League reaffirms its unwavering support for His Excellency, President Mnangagwa, and that he will be the party’s sole candidate for the 2023 harmonised election,” read part of the resolutions.

“That the party provides women with appropriate resources for their mobilisation, empowerment and employment creation. The Women’s League has already started mobilising for more votes countrywide and if resources are availed, 2023 will be another big margin victory for the party.”

There was need to not only ensure that women are involved in leadership positions, but to ensure that they are empowered as well, she said.

The organ also resolved to direct “Government to play a leading role in the empowerment of women in pursuit of gender equality across all political, legislative, institutional, business and socio-economic spheres”.

It also spoke against rampant cases of gender-based violence and urged the Government to enact stiffer penalties to deal with the scourge.

‘’Gender-based violence is increasing daily, especially as evidenced by the unprecedented cases of rape, including horrific sexual assault against minors,” the resolutions further added.

“We urge the Government to ensure that women and children affected by cancer and diabetics receive free medical care in hospitals.”