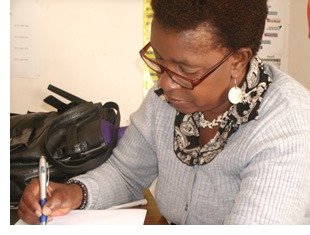 WOMEN rights groups have castigated the rape and abuse of women by rogue security forces in the recent protests against fuel price hikes and called on government to establish an independent mechanism for people to lodge complaints against the perpetrators.

Female Prisoners Support Trust (Femprist) director Rita Nyamupinga called on women occupying higher and strategic offices in government and the security sector to stand together with others in pointing out abuse.

“I was touched by (Information) Minister Monica Mutsvangwa’s statement when she said only one person had reported a case of rape. One is too many, and as women, we should join forces and fight against perpetration of rape and violence on women who are vulnerable in society,” Nyamupinga said.

Justice for Women in Zimbabwe (JWZ) director Coezett Chirinda said it was sad that some of the people who were playing a role in oppressing women were fellow women in highest offices.

“It is shocking that some of the magistrates involved in this travesty of judgment are women. We expect them to know better. Many women were detained in jails across the country, with 50 being detained at Chikurubi Female Prison and others are being convicted in kangaroo trials,” Chirinda said.

“So far, two women at Chikurubi have been convicted of arson in a trial that resembles a charade and mockery of due process of the law.”

Chirinda said many women who were arbitrarily arrested and brutally tortured were denied due process by the courts, which courts were working under possible directives from the Executive to effectively deny justice to anyone arrested in the recent crackdown on protesters.

She, however, called for the establishment of an independent complaint mechanism in terms of the Constitution.

“We demand that an independent complaints mechanism as provided by section 210 of the Constitution be set up to provide mechanisms for citizens to lodge complaints against members of the security forces as citizens have no trust in the police as some of them were perpetrators,” she said.

Chirinda said there was need for the law enforcement agents to give safe passage to organisations that would want to facilitate treatment of women in affected communities.

Yesterday – in response to calls by JWZ, Femprist and Women’s Academy for Leadership and Political Excellence – thousands of women wore black in solidarity with rape victims and made a number of calls on social media platforms denouncing abuse of women, especially by rogue security forces.