Women should benefit from land distribution 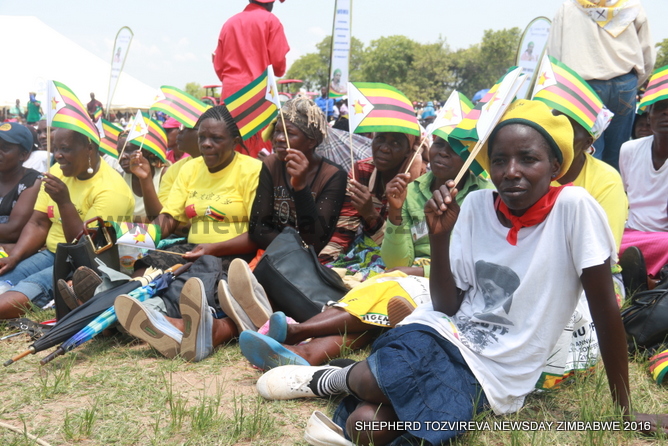 A TOP official in the Lands ministry has urged the government to craft policies that ensure women farmers also benefit from the land redistribution programme to improve their livelihoods.

The call was made by the ministry’s gender department official, Patience Mashiri, during a “land tenure and women’s land rights in the new dispensation policy dialogue” workshop held in Mutare last week.

In her address, Mashiri said: “Zimbabwe is agro-based, that is the reason why school children are learning agriculture. Anyone can be a farmer, everyone has been given a chance to become a farmer.

“Agriculture can change the fortunes of the country, if we can give every woman at least one hectare, all the women in the country can have land. I know women are not demanding too much land.”

She also disclosed that there was a lot of corruption in the land redistribution exercise, where some officials were demanding bribes from beneficiaries.

“There was corruption on how land was distributed, some were selling the land, but it was just the few people who want to tarnish the name of entire organisation. Today, you even said some traditional leaders were corruptly distributing land, they are not all, but they are just few who did that. But I am happy that the land commission is solving some disputes,” Mashiri said.

A Penhalonga councillor, Tsverukai Duwa, said: “Politicians and traditional leaders are sidelining us from getting land and we urge the government and advocacy organisations to represent us on this matter because we are powerless.”

“We want to promote the creation of an enabling environment for the inclusive, prosperous and sustainable land and agriculture-based livelihoods,” he said.

“It is also our wish for women to benefit from the land distribution and change their livelihoods.”

The post Women should benefit from land distribution appeared first on NewsDay Zimbabwe.