THE COVID-19 health crisis has impacted negatively on women as they fail to access contraceptives due to lockdown measures, raising fears of more unplanned pregnancies that often lead to unsafe abortions. 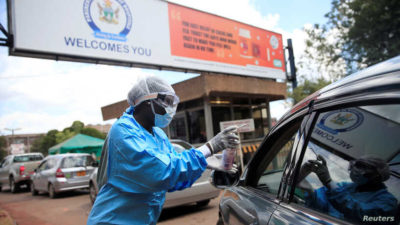 Complications associated with unsafe abortions include severe infection and in some cases even death.

Many women, according to maternal health stakeholders, were still struggling to access sexual reproductive health rights (SRHR) services as many of them have no clearance letters offered to essential service providers, which allows them to move around.

Some women, especially in the rural areas, were also not aware that SRHR services were being offered. There were reports of patients being turned away from health facilities because they were only attending to emergencies.

“Women desperately need letters for them to go and access sexual and reproductive health services, but it has not been easy to get such letters. Reports were channelled through the Population Services Zimbabwe toll-free contact centre about these problems,” said Raymond Chikowore, PSZ’s director for clinical services and quality.

The lockdown specified that all non-essential services and travel be put on hold. Public transport, including commuter omnibuses used by a significant number of women, has been unavailable.

“Many women were, therefore, unable to access SRHR services due to lack of transport. Lack of access to contraception translates to a high probability of unplanned pregnancies. Some of the unwanted pregnancies unfortunately end up as unsafe backyard abortions,” said Chikowore.

A significant proportion of women continue to lack access to SRHR services including post-abortion care due to the restrictive measures of the lockdown, lack of information, sexual violence that goes unreported for legal termination. All these various factors potentially result in more unplanned pregnancies that often result in unsafe abortions.

Abortion in Zimbabwe is only permissible under specific circumstances such as rape, incest or where the mother is in mortal danger, but stakeholders have been agitating for widening of the Termination of Pregnancy Act to include other circumstances.

Masiyiwa said many countries have hastened to implement lockdown measures but ignored sexual and reproductive health needs for women and girls.

WAG, along with its partners, has been advocating for a review of the Termination of Pregnancy Act which has cumbersome requirements.

In a review paper, the organisation highlighted that laws, policies and practices restricting access to abortion information and services could deter women from seeking care and creating a “chilling effect”.

This often results in delays and flies in the face of World Health Organisation (WHO) recommendations that “abortion services should be available at primary-care level, with referral systems in place for all required higher-level care”.

WHO further specifies that laws on abortion should protect women’s health and their rights.

Speaking on certifications of legal termination of pregnancies under the Termination of Pregnancy Act, children’s law specialist and prosecutor Kudzai Chigwedere said despite the COVID-19 crisis, these were still ongoing.

“To my knowledge all courts are open, therefore, no issues. If need arise for an order it can be obtained,” she said.

Illegal abortions in Zimbabwe are tried under Section 60 of the Criminal Law (Codification and Reform) Act and the offenders, if found guilty, are liable to a fine not exceeding level 10 or imprisonment for a period not exceeding five years or both.

While abortion may not be open to everyone, post-abortal care (PAC) is offered at designated health facilities with no questions asked and zero discrimination.

The acting director at Family Health, Davidzoyashe Makosa, said even under the lockdown, health facilities were offering PAC.

“Post-abortion care, along with other emergency obstetric and neonatal care services continue to be offered at health facilities in Zimbabwe even in the context of COVID-19,”she said.

The Health ministry routine data showed that about 30 000 women accessed post-abortion care services between 2018 and 2019. However many women were still failing to access PAC especially during lockdown.

“All attention is on COVID-19 and little else. I could not be assisted at a public hospital and had to dig deep into my pocket and get a private doctor,” said a university student who suffered a miscarriage.

According to a study commissioned by the Health ministry and its partners and published in 2018 and subsequently 2019; the induced abortion incidence rate is 17.3 abortions for 1 000 women aged 15-49 in Zimbabwe.

Although the ministry says the rate was low in comparison to the region, there were still concerns that backyard abortions were going unreported and never really captured in official statistics.

Because of the criminal charges attached and the stigma, many women will not speak openly about it.
Another 24-year-old woman from Mabelreign, Harare, who had an illegal abortion and was covered by NewsDay a few months back, said many women were still going to the backyard clinics in mostly high-density suburbs.

“When I had an abortion early this year, I was desperate. I had just started work as a maid and my partner was unwilling to support me or even marry me,” she said, adding that she was given an address in Epworth by a colleague.

“I have kept in touch with the woman who helped me and she says business is still open but she is only taking people she knows because of the COVID-19 scare.”

With the current COVID-19 crisis which has come with lockdown restrictions, WAG and other SRHR partners continue to call upon government to ensure availability and accessibility of SRHR services and contraceptives as essential services for women and girls.

WAG also called for concerted efforts by various partners to ensure women and girls continue to access the right information on SRHR and legal services available to them during the lockdown to reduce unplanned pregnancies, and potentially unsafe abortions.

Newer Post
‘Tyson’ Responds To Allegations Of Coup Rumor-mongering
Older Post
Why Citizens Must Reject The Constitution Amendment Bill No.2 of 2019