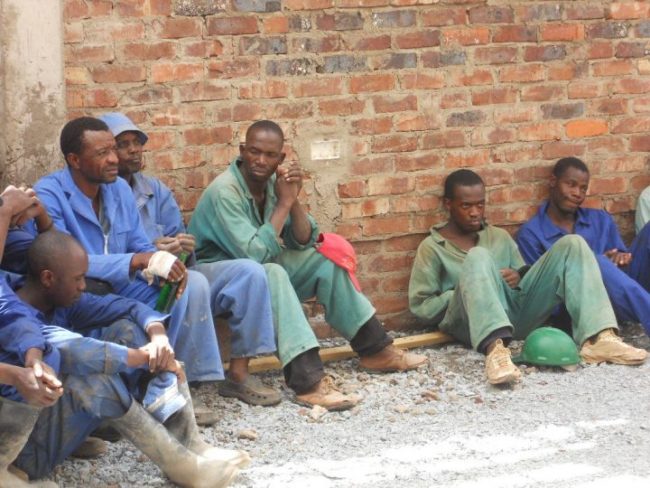 ZIMBABWE’S labour market is in intensive care, with workers facing a bleak festive season owing to poor or no salaries against galloping inflation that has catapulted prices through the roof.

Inflationary pressures have seen the cost of living rising beyond the reach of many workers in the country as prices of basic commodities have more than quadrupled in recent months, resulting in the poverty datum line for an average family of five skyrocketing to $2 191,62 in September 2019.

“Workers must forget about the festive season this year and focus on fighting for better lives. We must turn the festive season into a season for a sustained struggle for socio-economic freedom. We have nothing to celebrate this festive season, our dignity is lost and we have been pauperised,” Zimbabwe Congress of Trade Unions, (ZCTU) president Peter Mutasa said.

He added: “As with the whole country, the labour market is in intensive care. We are in a vicious cycle characterised by low production, low salaries, low aggregate demand, low investment etc. We also have shortages of almost everything, energy, water, foreign currency and proper leadership.”

As a result, Mutasa said many companies were facing closure and some were already retrenching to keep afloat.

“Many workers are earning useless salaries that cannot afford them dignified lives. It is pathetic and the situation is dire,” he said.

Although he had no statistics on the number of workers who have lost their jobs so far he, however, indicated that “observations show that many have lost employment. We have some losing jobs due to retrenchment, especially in the banking sector.”

“Then some who are not even retrenched but just find the company closed on reporting for work. Others are still employed, but working a few hours due to electricity shortages and they are also only paid for the actual hours worked.

“Then the majority are either not receiving salaries or part of it. Almost all workers in the country are technically unemployed because they work, but get paid wages that cannot afford them even bus fare to work.”

The country’s difficult economic situation took a nosedive following the promulgation of Statutory Instrument 142 of 2019, which abolished the use of multiple currencies such as British pound, United States dollar, South African rand and Botswana pula, among others.

Since then, businesses have been increasing prices in the name of tracking the exchange rate movement, currently hovering at around $19 to the green back.

Mutasa said almost every business in the country was at risk and all workers may lose jobs or remain employed, but earning nothing.

“Even those in the informal sector are being harassed, brutalised and killed for engaging in livelihood support activities. Everyone is losing their sources of livelihood. We have a national crisis and if nothing is urgently done, we will witness an implosion,” he said.

“We have seen the number of impoverished families growing. Labour is in a very precarious situation in Zimbabwe,” he said, adding that very few people would be able to visit their extended families during the festive season due to economic hardships.

“There would be no celebration at all,” he said.

Confederation of Zimbabwe Industries president Henry Ruzvidzo said generally, companies were facing a difficult time and some of them would fail to pay bonuses to their employees.

“It won’t be a surprise to see some of the companies failing to pay their employees bonuses. But those who can afford or have capacity to pay bonuses are encouraged to do so,” he said.

“Workers and citizens do not deserve this and must fight back against austerity, repression, neoliberal policies, corruption and poor governance that have sunk the whole nation into poverty,” Mutasa said.