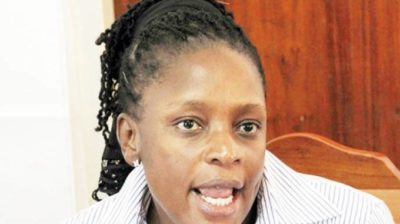 WOMEN of Zimbabwe Arise (Woza) will tomorrow engage the Parliamentary Portfolio Committee on Primary and Secondary Education, stakeholders and parents to gauge the country’s readiness for the re-opening of schools.

The consultations come after government announced that public schools will re-open on September 28. Those sitting for Cambridge examinations, mostly private schools, open today.

In a statement yesterday, Woza said it will hold the symposium in Bulawayo to provide rights holders, potential Grade 7 and Form 4 candidates and parents a platform to interact with Parliament over schools opening.

“The meeting will also be attended by civic society, teachers’ unions from Bulawayo, Matabeleland South and North. The symposium participants are limited due to COVID-19 regulations, but live proceedings will be broadcast online,” Woza said.

“Woza also convenes the meeting in the context of the assenting of the Education Amendment Act on March 4 by the President.

“Shortly after the passing into law of the Act, a national lockdown was declared on March 24 and lawmakers will have the opportunity to share their views on the framework and engage communities on how schools are transitioning towards State-funded education.”

“Woza has been campaigning for State-funded basic education since 2005, whose outcome has finally been realised in the legislative framework.

Added the pressure group: “Woza continues to campaign to ensure communities are made aware of the new legislative framework and can demand the fulfilment of the right to education.

“Woza is also currently on an urban and rural Matabeleland outreach programme sharing the coronavirus guidelines under which schools may reopen and adhere to precautionary measures against infections.

“The consultations entail engaging parents and community leaders, but also learners themselves who have a right to participate in all processes in keeping with the best interests of the child.”

Woza said the symposiums will also address the myth that learners have managed to access online and radio lessons.

Teachers’ unions have complained that schools, mostly in rural areas, were not ready. They also threatened to boycott classes until they are paid a proper living wage.