THE African Diaspora Global Network (ADGN) and Migrants Workers’ Association-SA (MWA-SA), organisations led by Zimbabweans in South Africa have expressed concern over the renewed attacks and burning of trucks driven by foreign nationals in that country. 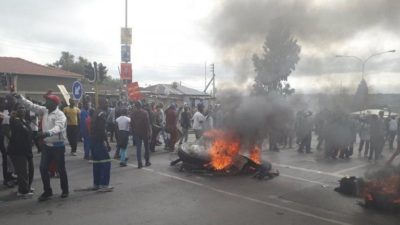 They called upon the government of that country to take deterrent measures to stop the criminal activities.

“We are aware that ministerial task teams were set up to deal with grievances from various groups, but this did not resolve the problem,” he said.

“Many of the drivers have been attacked, not because they have no proper permits. The attackers do not request for permits before attacking. They are attacked for merely being migrants or if the company is perceived to be employing migrant drivers irrespective of their status in the country.”

He added: “It would help to hear that the government has taken a position that any such attackers will be arrested and organisations known to be behind such acts will be held accountable.

“We plead with President of SA (Cyril Ramaphosa) as the chair of the African Union to show that the values of ubuntu, ‘I am because you are’ are embedded in the African humanness and make us the African people to all abide by them.”

On the same note MWA-SA chairperson, Butholezwe Nyathi, called on all migrants to organise themselves to mitigate the effects of these disturbances.

“People should not wait until there is a situation like these attacks. They should be proactive in coming up with lasting solutions that will create harmony among locals and migrants through projects like migrant skills transfer to locals,” he said.