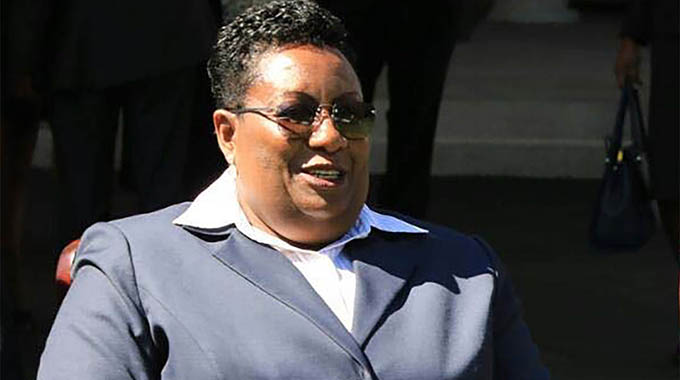 THE anti-corruption drive has moved a gear up towards prosecution of individuals fingered in graft, with fresh revelations that the Attorney General’s Office is now being ropped in to team up with the National Prosecution Authority (NPA) in fast-tracking cases to court.

Our Harare Bureau has gathered that the Zimbabwe Anti-Corruption Commission (Zacc) is currently working on over 600 dockets for prosecution of people accused of corruption including judges, ministers, Members of Parliament and company executives.

In a wide ranging interview, Zacc chairperson Justice Loice Matanda-Moyo said the anti-graft body was not happy with the slow action by the NPA in pushing prosecutions.

She said of the over 600 dockets they had opened, at least 100 have been fully investigated, with 74 involving high profile figures.

“Zacc investigates and then sends the papers to the NPA, but the Attorney-General is being brought on board to help fight corruption. We are bringing on board as many people as possible,” she said.

“There are high profile cases which include ministers, MPs, judges, CEOs (chief executive officers) and MDs (managing directors); we are targeting everyone involved in corruption and we will investigate everyone. We urge all those with evidence which may lead to convictions to come forward.

The Zacc boss said to boost the anti-corruption fight, the commission would soon employ 60 investigators drawn from various fields such as forensic auditing, financial intelligence, accountants and engineers.

She said police officers, who were seconded to the anti-graft body had already received further training to strengthen investigating skills.

Justice Matanda-Moyo said as part of the corruption fight, several top-of-the-range vehicles, luxury homes and bank accounts had been forfeited to the State as owners were failing to account for their wealth.

One of the cases of seized properties involved that of former Tourism Minister Dr Walter Mzembi who lost a house in Borrowdale after he skipped the border evading arrest on corruption charges.

The Zacc chair urged the NPA to expedite the cases of seized cars and houses to ensure the State and the public benefit from the auction of ill-gotten wealth.

Justice Matanda-Moyo said: “The corrupt will lose properties; cars, houses will be taken. In 2020, we want to see all the law arms fight corruption.”

Another area of concern, Justice Matanda-Moyo noted, was tax evasion and she appealed to the Zimbabwe Revenue Authority (Zimra) to up its game.

To plug financial leakages, the Zacc chair said, there was a need to deal with cartels fuelling smuggling of goods, gold and diamonds, thereby bleeding the economy.

“Immigration authorities should also screen out criminals entering the country who are responsible for illegally exporting minerals.

Furthermore, there was a need to strengthen the Reserve Bank of Zimbabwe (RBZ) so that it properly monitors the activities of banks.

Said Justice Matanda Moyo of members of the judiciary: “As for the judges, there should be proper salaries so that they don’t accept bribes.

“We don’t want corrupt people acquitted because those in the judiciary have been bribed.

“However, we are pleased that matters will be dealt with swiftly because we have Anti-corruption courts at the Magistrates and High Courts.”

Justice Matanda-Moyo also noted that a National Anti-Corruption Strategy (NACS) was being finalised and would be complete this week.

Views contained in the NACS were drawn from the public, civil society, academia, Government and business.

Since coming into office, Zacc has shown some teeth. High profile people swooped in its path include former Vice-President Phelekezela Mphoko on allegations of criminal abuse of office.

Another arrest that confirmed Zacc’s seriousness in the fight against corruption was that of Marry Mubaiwa, the estranged wife of Vice-President Constantino Chiwenga, for externalising US$1 033 000.

She was also charged with money laundering involving US$990 000 and fraud.

Joram Gumbo, the Minister of State for Presidential Affairs (Monitoring and Implementation of Government Programmes), was also arrested for criminal abuse of office last month.

Former principal director of State Residences in the Office of the President and Cabinet Douglas Tapfuma was hauled before the courts on criminal abuse of office charges after he allegedly facilitated the importation of several vehicles duty-free.