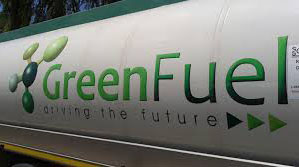 A consignment belonging to Green Fuel, the country’s biggest ethanol producer, has been intercepted by the Zimbabwe Anti-Corruption Commission (Zacc) at Beitbridge Border Post after being flagged as possible contraband.

The Sunday Mail has established that investigators from the corruption-fighting body last week impounded a South African-bound truck containing 30 000 litres of ethanol after it had been initially cleared by the Zimbabwe Revenue Authority (Zimra) at the country’s major port of entry.

Investigators started tracking the truck after being tipped off by a whistle-blower.

The matter is being handled by Zacc and other Government agencies who are running tests to ascertain whether the truck indeed was carrying sanitiser liquid — and not ethanol — as had been declared by Green Fuel.

“Investigations are underway and we are waiting for the results to check what it is exactly. We are still waiting (for the results),” she said.

The Special Anti-Corruption Unit in the Office of the President and Cabinet (Sacu) chair Mr Tabani Mpofu also confirmed the probe.

“I can confirm that a consignment was indeed intercepted at Beitbridge Border Post and has been taken for further investigations as we referred the matter to the Zimbabwe Anti-Corruption Commission,” he said.

By late yesterday, test results were yet to be released.

However, Green Fuel has denied any wrongdoing, claiming that it had the necessary approvals from Zimra to export alcohol-based hand sanitisers.

The company said Zimra’s customs and excise division wrote to them on April 5, 2020 to approve the export of sanitisers to other Sadc member countries, which are battling the coronavirus.

The company’s spokesperson, Ms Nicole Mollet, professed ignorance of any case involving the impounding of one of the company’s trucks.

However, another Green Fuel representative later contacted The Sunday Mail. He declined to be named but said the company had done everything above board and will allow Government verification processes to take course.

“Our truck was impounded on wrong suspicions because we were doing everything properly. We have the approvals from Zimra to export to Sadc countries. There is nothing amiss.”

Ironically, it is the same Zimra and other Government agencies which impounded the contraband.

Green Fuel has the capacity to produce an estimated 10 million litres of ethanol per month, most of which is used to blend fuel.

Ethanol blending of unleaded petrol is currently mandatory in Zimbabwe, with the ratio standing at 20 percent (E20).

Government introduced fuel blending in 2008 following the licensing of Green Fuel’s Chisumbanje plant in Chipinge in order to cut back on fuel imports, which were haemorrhaging the country of the much-needed foreign currency.

Ethanol is produced from sugarcane and can be used to blend fuel, produce sanitisers and alcoholic beverages.

Handwashing, sanitisers, social distancing and staying at home are part of the measures employed to fight the disease, which has infected over 2,2 million people around the world.

According to the World Health Organisation (WHO) close to 140 000 people had succumbed to Covid-19 as of yesterday. Zimbabwe has so far recoded 24 cases, three deaths and two recoveries.