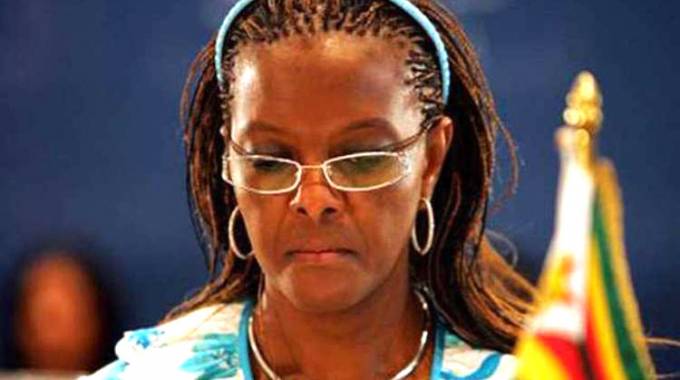 FORMER First Lady Grace Mugabe and a group of her associates are coming under investigation from anti-corruption authorities following complaints that they grabbed residential stands worth US$10 million without paying from an upmarket development on State land in Borrowdale.

Arosume Property Development (Pvt) Limited were appointed as developers for the land on Carrick Creagh Estate allocated to Sally Mugabe Housing Cooperative in 2005 and have now lodged complaints with the Zimbabwe Anti-Corruption Commission and the Special Anti-Corruption Unit in the President’s Office.

They allege that the former First Lady Grace Mugabe and then Local Government, Public Works and Urban Development Minister Ignatious Chombo used their political clout to transfer stands from the development to companies they controlled without paying for that land.

Zacc spokesperson, Commissioner John Makamure said the commission would investigate all reported cases of corruption without fear or favour, including the Carrick Creagh Estate.

“We are dealing with all suspected cases of corruption that have either been reported to us, that have appeared in the media or even on social media. We are determined to allow the law to take its course,” he said.

According to a letter filed with Zacc, Grace Mugabe and Dr Chombo are accused of using undue influence.

“A tripartite agreement was thus entered into between the Ministry of Local Government, Public Works and Urban Development, Arosume Property Development (Pvt) Ltd and the Sally Mugabe Housing Cooperative. The object of the tripartite agreement is the development of upmarket residential stands of varying sizes at Carrick Creagh Estate, Borrowdale, Harare. To this end the ministry contributed land owned by the state whilst Arosume Property Development was tasked with the development of the area,” read the papers.

The agreement came with some regulatory and policy arrangements, such as the standard 20 percent of the land to be reserved as Government commonage as required on all developments where State land is privately developed.

The developer negotiated that 50 undeveloped stands be transferred to Arosume before work started, due the risks involved in the scheme. But the bulk of development costs and profits would come when the stands were sold.

But Arosume now alleges that some with political clout unprocedurally grabbed land from original beneficiaries and transferred the properties into companies and individual names without paying for them, reads the complaint, naming former First Lady Grace Mugabe and former Minister Ignatius Chombo.

It is alleged that former First Lady Grace Mugabe transferred to companies under the directorship of two of her children, Bona and Robert Mugabe Jnr, seven stands totalling just under 10,2ha.

One of the names appearing on the list is former MDC legislator Timothy Mubhawu, who is alleged to have received land worth US$432 000.

Former Cabinet minister Chombo is alleged to have grabbed land worth almost US$1 million with three stands totalling 2,2ha allocated to three firms including Comverol Enterprises and Cavford Trading.