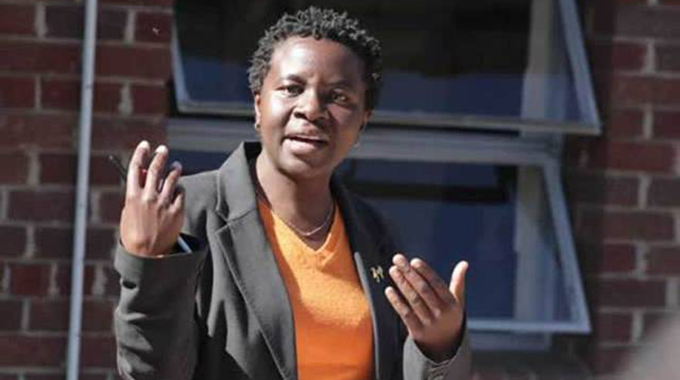 Brian Chitemba Investigations Editor
TEN mansions and 22 luxury vehicles worth US$8 million were recently seized by the Zimbabwe Anti-Corruption Commission (ZACC) from high-profile figures who failed to account for their source of wealth.

The yet-to-be-named suspected criminals will soon be prosecuted.

ZACC’s head of legal department Commissioner Jessie Majome said the ill-gotten wealth will be forfeited to the State.

“We seized and are holding 22 high-value motor vehicles worth approximately US$2 million. Applications for civil forfeiture (separately from the criminal trial process) regarding the vehicles are pending at court. We have a total of 10 high-value houses whose civil forfeiture we have had referred to court. The approximate value of the houses is US$6 million,” said Comm Majome.

She said seven asset forfeiture applications had been sent to the National Prosecuting Authority (NPA) for onward filing to the High Court in terms of the Money Laundering and Proceeds of Crime Act.

The ex-ZINARA boss is facing allegations of siphoning US$3 million from the parastatal through civil works projects.

“The estate of the late Nkululeko Sibanda is involved in this over non-existent roadworks in Umguza and Bubi. This case was erroneously reported  . . . as being pursued by the State, yet it is not (as it is not a criminal matter which the State prosecutes), but it is a ZACC matter being argued by the NPA because the Money Laundering and Proceeds of Crime Act gives NPA the right of audience in such cases, so we pass on files to it,” said Comm Majome.

The corruption-fighting body believes that forfeiting proceeds of crime is the most effective way of fighting the vice as it makes commission of offences not worthwhile.

“We want the public to understand that the recovery of assets gained through corruption is not actually a fleeting operation — a ‘flash in the pan’. The bad news for crooks and looters is that asset recovery is not something they can hide from until it passes. It’s here to stay as a twin device to prosecution in order to make corrupt criminals accountable before the law by making them pay back the loot and not just go to jail then come out to enjoy their loot.”

The Money Laundering and Proceeds of Crime Act, she added, was amended to permanently enable asset recovery nothwistanding a criminal conviction.  Comm Majome encouraged members of the public to actively contribute to fighting the scourge.

“We therefore appeal to the public to tip us off. Members of the public can whistle-blow anonymously and we promise to protect the confidentiality of the reports about wealth acquired through illicit means. I am sure you will agree that disclosing the identities of the people on our radar now will jeopardise investigations.”

ZACC is targeting to recover assets worth $300 million by year-end.

A national anti-corruption strategy was recently launched to fight corruption at all levels as the Second Republic takes a zero-tolerance approach to graft.

The commission has entered into collaborative efforts with the NPA and the Zimbabwe Revenue Authority (Zimra) to enforce unexplained wealth orders.

There are agreements with reputable international partners who specialise in asset tracing and recovery.

President Mnangagwa recently said his Government will clampdown on corruption as it pursues Vision 2030 Vision, which entails making the country an upper middle-income economy within the next 10 years.

The pledge has been followed through by arrests of high-profile individuals such as former Health and Child Care Minister Dr Obadiah Moyo, former Environment Minister Priscah Mupfumira and former Ministry of Agriculture Permanent Secretary Ngoni Masoka.