THE Zimbabwe Anti-Corruption Commission (Zacc) has set a target of at least 80 dockets to be completed and submitted to the National Prosecuting Authority (NPA) for prosecution by December 31, 2020. 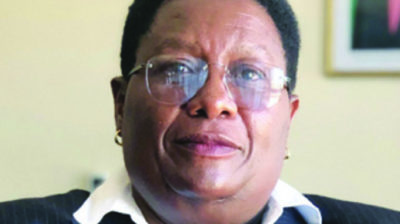 In a statement to mark the first anniversary of the current commission, Zacc chairperson Loyce Matanda-Moyo also disclosed that her commission had recovered proceeds of crime worth over US$100 million since it was sworn-in.
“The work of the commission on investigations has already seen two Cabinet ministers appearing before the courts for criminal abuse of duty as public officers, leading to them being relieved of their duties,” Matanda-Moyo said in a statement.

“Currently, a former minister and a senior government official are serving jail terms for criminal abuse of office.
“Many other cases for senior officials in government ministries, public entities and the private sector are pending before the courts. Several investigations are underway to bring many culprits to book.”

The Zacc chair said investigation of corruption also involved the recovery of proceeds of crime and thus the commission had seen a need to reconstitute and strengthen its asset recovery unit.

“To date, the commission has recovered over US$$100 million worth of assets,” Matanda-Moyo said.

“Thanks to the enactment of the Money Laundering and Proceeds of Crime (Amendment) Act, 2019 which empowers the seizing of unexplained wealth.”

She added: “Increased collaboration with enforcement authorities of the unexplained wealth orders housed in the NPA and the Zimbabwe Revenue Authority will foresee the commission far exceeding its target of recovering $300 million worth of assets by the end of the year.

“Recovery of externalised proceeds of crime has also been given a boost through the establishment of agreements with reputable international partners who specialise in asset tracing and recovery.”