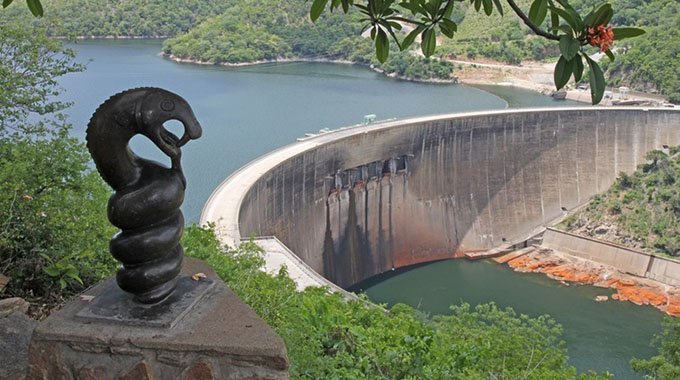 IN a development likely to light the spirits and hopes of nation long plagued by crippling power cuts, latest official data shows water flows along Zambezi River, towards Kariba Dam, has picked up considerably.

This has affected Zimbabwe’s power supply, which requires about 1 800MW at peak periods of demand, but can only generate around 500MW, also weighed down by the only other major power plant, Hwange.

Zimbabwe is supplementing its internal generation supply with imports, but this is not sustainable and consistent given the prevailing shortage of foreign currency also required for other critical needs.

Hwange Thermal Power Station has rated capacity of 920MW but can only average 450MW at best due to lack of spare parts and frequent breakdowns as a result of the plant’s advanced age. The power plant, which now requires constant reinvigoration through refurbishments has exceeded its design lifespan of 25 years.

The crippling power deficit, as internal generation saunters, has suffocated businesses, productive sector activities and household consumption as power rationing stretching for up to 18 hours or more takes its toll.

According to the Zambezi River Authority (ZRA), which administers the affairs of Zambezi River and Kariba Dam significantly improved water flow was recorded at two key gauge stations, Victoria Falls and Chavuma.

The Zambezi River contributes over 75 percent of the billions cubic meters of water that flows in the giant lake. Roughly 20 percent of water that goes into Kariba Dam comes from Zimbabwe, the bulk is from north of Zambia.

“Throughout this week of February, the Zambezi River flow at Victoria Falls has continued to rise quite steadily above last year’s flows during the same period by 25 percent. However, this is still below the long term average by 29 percent.

“The flow in the Zambezi River at Chavuma shot up by 73 cubic meters per second between the 5th and 6th of February, indicating intense run off on the Zambezi headwaters. The flow is still soaring above the long term average by 41 percent and last year’s flows by 189 percent,” ZRA said.

The river authority said the flows in the month have exceeded what was recorded in 2014/15 at the same point in the year, giving a ray of hope for better run off at the station this year than last year.

Expectation is that the river flow will further pick up at Victoria Falls, which is downstream of Chavuma and nearer to Kariba as there is a four -week lag between flows at Chavuma and the resort town of Victoria Falls.

“The flow forecast indicates a possible slight improvement in flows this year compared to last year, though seemingly not good enough as it falls of the third worst year on record,” ZRA added in a statement.

Power generation at Kariba relies on availability of water, which also depends on the amount of rainfall received in any rainy season around Zambezi catchment area, mostly Barotse plains north of Zambia, and parts of Zimbabwe.

“Under average conditions and assuming a generation of 550MW requiring approximately 22 billion cubic meters, it would take up to three years to fill the lake to maximum retention levels,” the authority said.

ZRA said the Southern Africa Regional Climate outlook last year forecast normal to above normal rains in Zambezi’s catchment areas from October to December 2019 and normal to below normal from January to March 2020.

Based on the projections, ZRA said it has allocated 22 billion cubic meters for power generation in February.

So far, in January the lake has received 3,15 billion cubic meters of water compared to 1,97 billion last year.