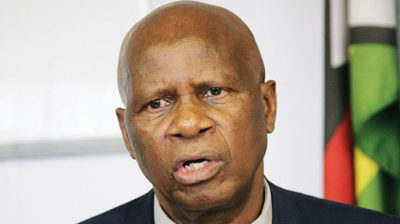 Addressing journalists in Harare yesterday, acting party spokesperson Patrick Chinamasa also chided opposition parties for plotting protests against Mnangagwa’s government, claiming there was nothing to protest about as the country was not under repression.

Instead, Chinamasa threatened to deal with local journalists and citizens who have linked Mnangagwa’s family to Drax International, a company at the centre of an alleged COVID-19 tender scam and fronted by Delish Nguwaya.

“Zanu PF has noted with concern the systemic, well-choreographed and sponsored attacks on the integrity of the First Family by unscrupulous characters such as Hopewell Chin’ono, this time targeting the President’s son (Collins) … We warn the public and those writing those lies to stop,” Chinamasa said.

Mnangagwa has been linked to Drax International through his son, Collins, who has, however, claimed he has no personal or business relationship with Nguwaya.

Soon after his statement denying any links with Nguwaya personally or otherwise, pictures of them standing together at a State function and other places went viral on social media platforms.

Chin’ono has also released other pictures of Nguwaya in the company of Mnangagwa and First Lady Auxillia.

Nguwaya is embroiled in a US$1 million COVID-19 tender scam.

Mnangagwa has also been linked to Kudakwashe Tagwireyi, who has won a tender to supply government with 162 buses at inflated prices under controversial circumstances.

But Zanu PF yesterday said Zimbabweans had no reason to protest because the country was not under repression.

“There is no oppression in Zimbabwe,” Chinamasa said.

“Let me put it very clearly: there is no oppression in Zimbabwe against which you can demonstrate. What we have is a general economic situation caused by the very people coming and wanting to demonstrate,” he said.

Chinamasa’s utterances came as Zanu PF was “suspiciously blocked” by the police from staging a demonstration at the United States embassy in solidarity with the Americans who have taken to the streets to demand an end to police brutality and murder targeted on black Americans.

Zimbabwe was this week named among “foreign adversaries” accused of trying to use raging race protests in the US against that country.

Chinamasa, however, said: “Indeed, we offer our solidarity to the black communities in the US whose lives continue to be at risk due to racial discrimination at the hands of authorities.

“We remember George Floyd’s last words in pain; that I can’t breathe! I am choking! These words must become symbols of resistance for the people in Cuba, Palestine, Venezuela, Iran, Sudan and Zimbabwe, whose lives and developmental aspirations are being choked by debilitating effects of illegal economic sanctions which have literally suffocated them such that they can’t breathe.”

How Flooding Impacts Poverty in Zimbabwe