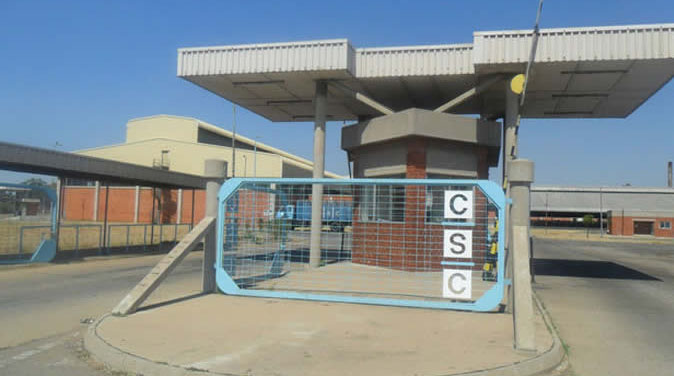 A Cold Storage Company (CSC) debtors’ list shows that Zanu PF top officials renting the parastatal’s farms owe hundreds of thousands of dollars to the ailing company, with revenue collections dropping from US$1,2 million to US$150 000.

Some 247 lessees account for these arrears that translate into billions in local currency, investigations have established.

As reported recently by this newspaper under a running investigation supported by the Information for Development Trust (IDT), Zanu PF officials, entities and individuals, including secretary for administration Obert Mpofu and late vice-presidents John Nkomo and Joseph Msika were granted 35-year leases to occupy part of CSC’s vast property portfolio without “standard lease rates/charges . . . and documentary evidence to support the rates applied.”

IDT is a non-profit organisation helping the media to probe corruption and bad governance. The CSC lease malfeasance is now under active investigation by the Zimbabwe Anti-Corruption Commission (Zacc).

Some of the commercial leases, which are due to expire in 2040, cover properties that are equipped with water pumps, dip tanks and paddocks with a capacity to hold between 200 and 500 herd of cattle. The commercial stands also contain employee accommodation facilities.

The CSC debtors’ list, gleaned by the Zimbabwe Independent this week shows that as at December 31, 2017, Mpofu had accumulated areas standing at US$32 273,20 for renting Winterblock Ranch measuring 2 000m2. Under the terms of the 35-year lease agreement, Mpofu, who, as documents show, has defaulted payment, was stipulated to pay US$841 monthly rentals.

By July 31, 2019, Mpofu’s rental arrears had soared to US$52 794. However, the former Mines minister denied that he owed CSC anything. “I do not owe CSC. What is wrong with leasing a property? If I owed them, they should have come to me. I left CSC three years ago,” Mpofu said.

The documents show that as at July 31, 2017, an account registered under an M Cheda had accumulated US$9 050 in arrears for renting a property listed under Winterblock Ranch. At the same time, former CSC chief executive officer Ngoni Chinogaramombe had accumulated
US$15 000 in arrears as part of his 35-year lease agreement to rent a 2 000m2 property. At the time of publishing, he had not responded to questions.

Jabulani Nkomo challenged CSC to furnish him with invoices of what he owed. He said: “Tell CSC to phone me rather than putting me in papers. They know my number; they know my address and email. So tell them to phone me. They do not send invoices to the press, they send to me.”

Edward Msika, who is a brother to the late vice-president Msika had not responded to questions at the time of publishing.

To avert liquidation, CSC was placed under a corporate rescue plan, which is now led by prominent Bulawayo lawyer Vonani Majoko. He succeeded chartered accountant Ngoni Kudenga who was interim corporate rescue practitioner for CSC. As part of this running investigative series into the dramatic collapse of CSC, this newspaper on February 2, 2021, revealed how a consortium of local industrialists and companies — CSC 2016 — is angling to take over the defunct company through a US$225 million bid.

CSC 2016 was authorised by the government to evaluate assets belonging to the meat processor despite a contract between the state and Boustead Beef Limited, which was later reportedly revoked.

Boustead Beef declined to comment, citing that CSC was now under a corporate rescue programme. But early this month Boustead Beef presented itself as a creditor owed ZWL$3,2 billion by CSC. The debt was provisionally accepted during the creditors’ meeting that was presided over by the Master of High Court, Rose Dube.

Over the past decade, CSC, whose books of accounts are in shambles, has struggled to submit financial statements following numerous requests by Auditor-General (AG) Mildred Chiri.

In 2018, she requested for financial statements from 2011 to 2017, as well as “CVs for all board members, personal files for all senior accounts and internal audit, ledgers and management accounts”.