Zanu PF biting more than what it can chew

Source: Zanu PF biting more than what it can chew | Newsday (National) 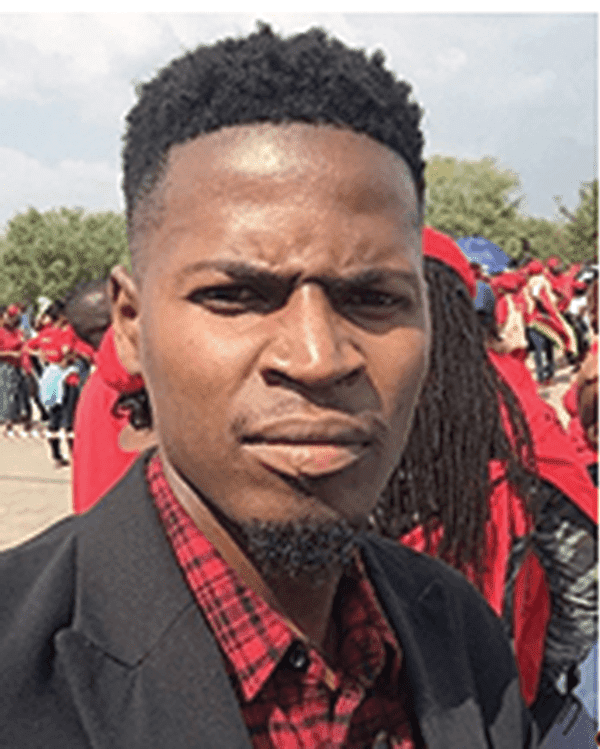 RENOWNED American philosopher and well-established businessman Kenneth Chenault once gave a very sound and applicable solution to the American government, “My message to Washington is very simple. Face reality. Be leaders. Demonstrate accountability. Engage in principle compromise. And understand your job is to find solutions.”

Reading the article published in The Herald under the title MDC-A behind abductions, one cannot help but let out a huge laugh or a very huge tantrum depending on your sense of humour. The writer of that article believed in his mind that what he was doing was the most important thing in the world. The chap held to this illusion even when he knew it was not true, just like the illusion he held that he was a youth leader in his 50s. The truth of the matter is Zanu PF is biting more than it can chew on these abductions. It is not a sustainable political move and “the centre cannot hold”.

Since the government of President Emmerson Mnangagwa took office through a coup in November 2017, the country has seen no peace. One would easily point out that the roots on which this government was founded were not good. Personally, this whole debacle has always reminded me of the Mgagao Declaration in November 1975 when the freedom fighters were given a chance to determine the direction of the war. They chose to promote one Robert Mugabe to the highest post in Zanu and threw Reverend Ndabaningi Sithole under the bus. Indeed, we all know the story of Mugabe, it was proof enough that freedom fighters should never be given a chance to decide on the future of any country.

The number of people that have been killed in Zimbabwe since the November 2017 coup has left a lot of people shaking with fear. In broad daylight, the Zimbabwe National Army has gunned down civilians. We all agree that the late Mugabe was a ruthless man, but his ruthlessness had boundaries. There was some sense of intelligence in his evil operations. What we have seen since November 2017 can only be described as “senseless killing”. There is no political plan to it except creating a Gestapo state that everyone is scared of.

Gestapo operations of abducting almost “everyone” also shows there is no plan. When non-political players become victims of abduction, one wonders who is safe. It is the constitutional duty of the State to make sure its citizens are safe. Zanu PF youth leader Pupurai Togarepi cannot sit down and write an article to say the MDC Alliance is responsible for the abductions and yet nothing is done to the party. The MDC Alliance is not in government, where is the police to investigate? They cannot investigate themselves. What Togarepi was simply telling the world was Mnangagwa and the government are incompetent. If the government cannot guarantee the safety of its citizens, then it simply means the government has failed.

Togarepi’s article was meant to try and resuscitate the tainted image of his President and the entire Zanu PF cult. Now that doctors are on industrial action, the reality is sinking in. Because there is no treatment in hospitals, the citizens cannot be contained. Like what they always did even during the Mugabe era they blamed the MDC. The worst of it is that while we continue to sink deeper into the murky waters that Zanu PF has created, Zanu PF is ignorantly declaring that we are rising. They have always lived in their own reality, even when people that are not even linked to the MDC have come up and told their abduction stories, some anguishing in pain the government did not believe them.

The doctors had made it clear that they would not return to work until Peter Magombeyi was brought back. Until desperation has crippled us sufficiently to confess the lie that we are lifting ourselves out of this mess, and until the panic of utter hopelessness has driven us to completely surrender all of the pathetic contrivances that we have fashioned, we will never realise that playing victims and not taking responsibility for our action will not take the country forward.

Mnagagwa did not reform. Just after the November coup, he was back in the waters of human rights violations, not braving but frowning, synchronised swimming, not swimming but sinking, towards the total destruction of the same State he had violently grabbed from Mugabe.

Togarepi must not be misled or influenced by what he sees around him. He should not forget that he lives in a world which is a playground of illusion, full of false paths, false values and false ideals that can eat him up at any given time. Malcom X once said: “Do not be so blind with patriotism that you can’t face reality. Wrong is wrong, no matter who says it.” Abducting every voice of dissent will not change the fortunes of Zimbabwe. It will only create more problems for the republic. Zimbabweans are semi-permeable membranes, they can pick and choose which troubles are worthy fighting and if you see them fighting they have been cornered.

The post Zanu PF biting more than what it can chew appeared first on NewsDay Zimbabwe.