THE ruling Zanu PF party acting spokesperson Patrick Chinamasa’s attempts to muzzle the Press from reporting “negatively” about the President Emmerson Mnangagwa and his family are unfortunate and a brazen attack on media independence. 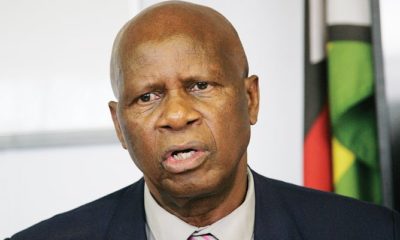 If a member of the First Family, just like every other citizen, becomes newsworthy, positively or negatively, then should be subjected to media scrutiny because media freedom is a hallmark of any democracy. If indeed Zimbabwe is a democracy as the government alleges, then they should allow the press to scrutinise public figures and those associated with them as they naturally make news.

It is unfortunate that Zanu PF has always been intolerant of scrutiny, especially by the private media, and to claim that any negative report about the First Family has to be “unscrupulous” or part of a “sponsored” agenda is shocking. The private press operates within the law just as it is registered in accordance with the laws of the country.

If these reports are indeed false, then the government or Zanu PF should appeal to the laws of the country rather deal with these issues through press conferences. This gives rise to the impression that what has been reported is true or factual.

Just like every other citizen, members of the First Family must operate according to the law and refrain from corrupt dealings because when these find their way into the Press, there is nothing “systematic”, “well-choreographed” or “sponsored” about it.

Further to that, these are not attacks. The media is not at war with anyone beyond the vices of corruption or abuse of office and political associations. It is up to the First Family to ensure its integrity by confining itself within the parameters of the law and ethical conduct.

It is quite interesting that even before the allegations of the COVID-19 supplies scandal involving the President’s son Collins Mnangagwa and Drax International, there have been a string of other such scandalous sagas before.

In fact, it is Drax International that is publishing falsehoods by claiming in its statement it “has never met, communicated or done any business with any members of the first family” when a series of pictures featuring Collins and his mother, First Lady Auxillia Mnangagwa, separately with Drax International’s Zimbabwe representative, Delish Nguwaya. So if Drax can lie so brazenly, there is a possibility that they are seeking to hide something.

While the pictures could be said they were a sign of goodwill, why then would Drax lie that they had never met or communicated with any members of the First Family?

Such threats to freedom of expression should not be tolerated in this day and age and the media should be allowed to discharge its responsibility without fear.