KEMBO Mohadi distinguished himself during Zimbabwe’s armed liberation struggle and has been respected for a long time as a relatively decent politician.Like every member of the ruling elite, he has had his fair share of controversy, including the mysterious disappearance of Lutheran World Federation employee and his wife’s workmate Strover Mutonhori as well as countless allegations of unorthodox business tactics. 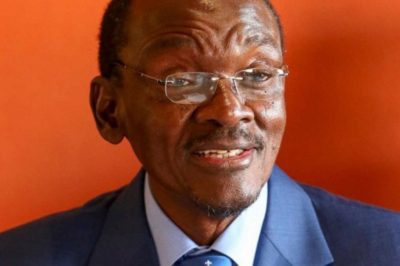 Even after Zapu was swallowed by Zanu in 1987 as the one-party state project took shape, Mohadi retained the support of villagers in Beitbridge, who repeatedly voted him to Parliament on a Zanu PF ticket although the party itself was hated with a passion. The secret slogan — back in the day — was that although he was wearing “the wrong jacket” by dint of association with a contaminated Zanu PF whose genocidal inclinations made it a hard sell in Matabeleland, he remained a dyed-in-the-wool Zapu cadre on account of his political philosophy those days.

Vice-President Mohadi is a totally different person today. This week, he stunned people in Matabeleland South when he said the economy is in bad shape because at Independence the white people did not train us on how to run it. I was astounded. 40 years of blaming white people! How did we get here?
Four decades after the end of racist settler rule, Zanu PF leaders continue blaming white people for this tattered economy while conveniently absolving themselves. It is a tragic failure of leadership. A former liberation movement has been reduced to a kleptocratic dictatorship with nothing useful to offer an increasingly young and restless population.

Mohadi’s incredible statement is not the only example of Zanu PF’s out-dated analogue politics in a dynamic digital world. Victor Matemadanda, the party’s national commissar, elicited guffaws of ridicule on Wednesday when he claimed that Zimbabwe’s imaginary Western enemies are co-ordinating an anti-government protest scheduled for July 31.

These hostile external forces, he explained to the disbelief of long-suffering Zimbabweans, had disbursed US$300 000 to the troublemakers.As if these assertions were not outlandish enough, Matemadanda added the most outrageous of clinchers: the Westerners have smuggled into Zimbabwe canisters full of coronavirus, which will be unleashed on the masses during the protest. This level of paranoia and cluelessness is staggering.

In the 1980s, Zanu PF was murdering the innocents, but you could still point out its organic intellectuals, cerebral titans and teflon schemers. Emmerson Mnangagwa’s Zanu PF is not only killing citizens but also failing dismally in steering the economy to recovery.

Can anyone tell me the “big idea” or the philosophical paradigm at the heart of today’s version of Zanu PF? The tired outfit has no capacity to build a globally competitive developmental state in the 21st century.

The post Zanu PF caricature of a failed liberation movement appeared first on The Zimbabwe Independent.