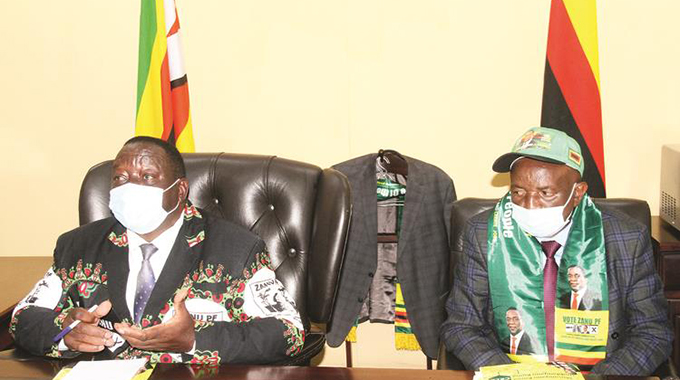 The re-runs were ordered by the ruling party’s Politburo at a meeting held on December 16 after some irregularities were found in the initial elections held early this month.

“The party would also like to emphasise to all the DCC members elected, to lead by example and ensure that they embrace all party members that is, those who won and those that could not make it, as unity in the party is of utmost importance,” said Cde Matemadanda.

“Discipline of party members is fundamental as we prepare for the harmonised elections for 2023. It is imperative that the DCC structures are reinforced and mobilisation of membership starts in earnest.”

He said while the ruling party had received a number of complaints from different districts, their evaluation showed that there was merit with respect to three districts that warranted a re-run.

Cde Matemadanda said irregularities during elections were normal even in countries that were said to be developed in terms of their democracy.

“It is not only in Zimbabwe where those things happen. (Outgoing American president Donald) Trump is refusing to accept defeat.

“The Americans refer to themselves as leaders in democracy but they also do not want to accept defeat,” said Cde Matemadanda.

Addressing the Politburo a fortnight ago, Zanu PF President and First Secretary, President Mnangagwa said party cadres who felt aggrieved by the outcome of the recently held District Coordinating Committee polls could seek recourse through the appropriate party channels.

He said they were not supposed to use the media to air their grievances as this amounted to putting the name of the party into disrepute.

He commended teams that supervised the DCC elections and the candidates who campaigned in a peaceful and disciplined manner.