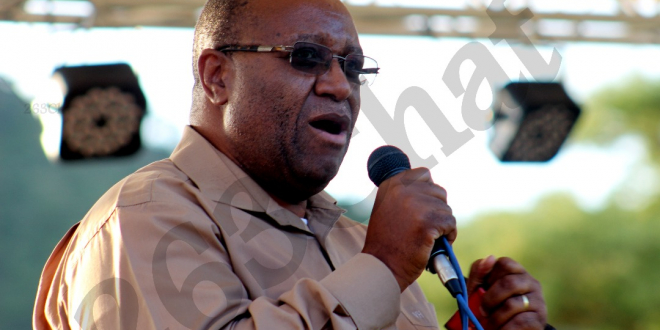 ZANU PF Manicaland provincial chairperson Mike Madiro has castigated senior party officials for using “old political tactics” to create an impression that there was factionalism in the province.

His remarks come amid reports that there are two camps in the province, one led by him and the other by Defence minister Oppah Muchinguri.

In an interview with NewsDay Weekender yesterday, Madiro, however, denied that there was a rift between him and Muchinguri.

“There is no faction between me and anyone in the party. Those people who are driving the factionalism issue have got an agenda after realising the level of stability in the party.

“This is old politics being used by those people with a certain agenda. As provincial chairman, I am there to unite people and there is unity in the province,” he said.

“I think we used to have factionalism in the province long back in the era of Didymus Mutasa and (the late) Kumbirai Kangai and this is the thing these people are trying to bring back and they will not succeed.

“We have a common ideology as a party, we have group ideology contradiction which is a source of development. It is exciting to have people with those views. If you have a different view on a particular subject, that is not factionalism. Maybe we need to ask those people what they mean when they say there is factionalism in Manicaland.”

Madiro said different views were only wanted in the party in disciplinary manner, which is a source of development.

“The level of stability in the party is irreversible. There are some people who do not want to see the party making developments,” he said

“I have been leading the party for quite a long time and I know the type of individuals I am dealing with. I am a provincial chairperson and I lead diverse characters.”