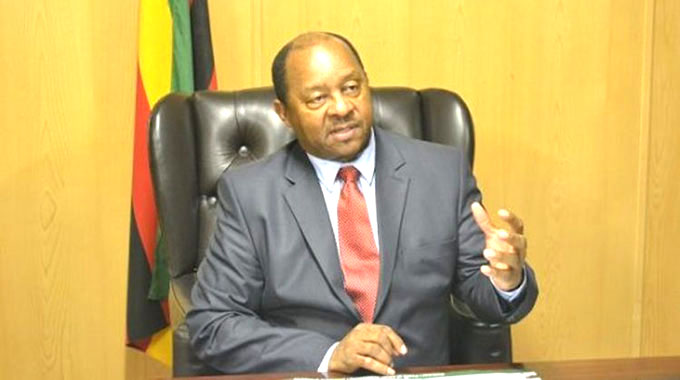 ZANU PF will not shirk from its responsibility of recalling party members tainted by corruption from all levels of Government in line with its zero tolerance to graft policy, a senior official has said.

In a statement yesterday, the ruling party’s acting National Secretary for Information and Publicity, Cde Patrick Chinamasa, said the recent dismissal of Dr Obadiah Moyo as Minister of Health and Child Care should stand as a warning to all individuals who engage in corrupt activities.

“ZANU PF stands solidly behind the decision by His Excellency, President ED Mnangagwa to remove Dr Obadiah Moyo from the post of Minister of Health and Child Care,” said Cde Chinamasa.

He called on law enforcement agents to expedite prosecution of all cases involving corruption. Expectations are that law they should carry out thorough investigations to establish a prima facie case before arrests are effected as to do otherwise leads to the practice commonly referred to as “catch and release”, a situation which will put the administration of criminal justice into disrepute,” Cde Chinamasa said.

“Equally of concern to the population is the prolonged and protracted nature of trials. This also leads to reputational damage to the administration of criminal justice.”

He warned opposition elements against organising unsanctioned demonstrations during the national lockdown.

Cde Chinamasa said the law would be applied without fear or favour to deal with those behind organising the demonstrations.

“Furthermore, the party reiterates its position that unnecessary political activities such as demonstrations will not be tolerated in line with the current lockdown regulations as directed by the President and Commander in Chief of the Zimbabwe Defence Forces, Cde Mnangagwa, to contain Covid-19.

“Those organising such demonstrations will have themselves to blame if they continue to defy authorities. What happened on August 1, 2018 and between January 14 and 16, 2019 will never be allowed to recur again. The merchants of violence who are known to be working with our detractors must heed our call for them to respect the law if they want the law to respect them as well,” he said.