OPPOSITION MDC mayors have come out guns blazing accusing the ruling Zanu PF party of working to hijack a social welfare programme funded by the World Bank running into millions of United States dollars to cushion informal traders during the 21-day national lockdown period by registering its members as vendors so that they could benefit from the scheme. 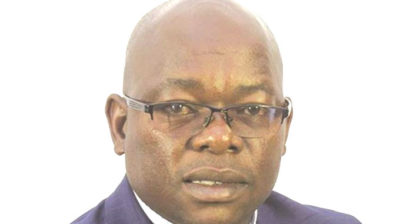 President Emmerson Mnangagwa’s lockdown order became effective on Monday last week, but unlike in other countries, government did not provide social grants to cushion informal traders against loss of business and income.

The World Bank then chipped in, offering US$10 per day for each registered vendor and asked councils across the country to submit lists of registered vendors in their areas of jurisdiction to receive the money.

Most cities and towns are led by MDC mayors.

Mutare and Masvingo councils supplied lists of 3 298 and 1 400, respectively, while Harare, Bulawayo, Gweru and Kwekwe, among other major cities and towns, are yet to submit their lists.

The mayors claimed that Zanu PF started to roll out a parallel registration programme picking names from its cell registers to ensure its members benefit from the fund.

Mutare mayor Blessing Tandi confirmed that the World Bank approached his council for a list of registered vendors, and that Zanu PF had hijacked the programme and forwarded lists of its members to the Public Service, Labour and Social Welfare ministry.

“We were then surprised when our fellow comrades from Zanu PF started compiling a list of their members in the wards through their chairpersons, saying they wanted to forward it to the Ministry of Social Welfare to be given that money reserved for informal traders.

“They have been going around requesting their members’ NetOne mobile phone numbers saying the ministry wanted to deposit the money for their benefit. Right now I am coming from the district development co-ordinator’s office and he is also compiling his list.”

Mutare council spokesperson Spren Mutiwi added: “They (World Bank) wanted the list of all informal traders and we gave them what we have on our database. We have not yet agreed on how much they will assist the traders, but from the initial figures, it was US$10 per day for 19 days.”

In Gweru, although Gweru City Council spokesperson Vimbai Chingwaramusee denied having been approached by the World Bank, Gweru Urban legislator Brian Dube (MDC Alliance) said he was aware of the cushion money channelled through government by the World Bank.

He said he was worried that it was now being distributed in a partisan manner.

“Same is happening here and I tried to get details from the Ministry of Women’s Affairs on the compilation of the list, but it seems there is mystery and corruption like always,” Dube said.

“I think those making donations to Zimbabwe must safeguard by involving MPs and councillors in the area to mitigate Zanu PF looting of donations.”

Bulawayo Vendors and Traders Association director Michael Ndiweni confirmed that the World Bank had been working with the Bulawayo City Council (BCC) in an effort to cushion the informal sector from the effects of COVID-19 setbacks.

“Yes, the World Bank is working with BCC and we have already sent our membership databases through them so that they can access this cushioning allowance under the bank’s COVID-19 lockdown programme,” Ndiweni said.

He said they had a meeting with officials from the Women Affairs ministry which called for the inclusion of traders’ association representatives in the working committee in charge of that process to identify beneficiaries.

In Gokwe, the ruling Zanu PF compiled its own list through the Youth ministry and other lists were submitted to the Women Affairs ministry by MDC councillor Machinda Mutembedzi, who is also a vendor.

“We have sent our list of vendors to the ministry after being asked by the ministry official, Taruvinga, who is in my ward. We hope to receive the cushion allowances since we are all not operating and at home due to this lockdown.

We hope there will be credible selection to benefit all vulnerable vendors at this time,” Mutembedzi said.

City of Harare spokesperson Michael Chideme said they had provided the World Bank with the information they were requesting.
“Yes, World Bank has approached us and they have requested the lists of informal traders in our council database and we furnished them with that,” Chideme said.

However, NewsDay is informed there were efforts by Zanu PF youths to have its members, controlling most vending stalls, mainly at the popular Mupedzanhamo flea market, but not part of the council’s database to be included on the beneficiaries’ list.

Masvingo acting town clerk Edward Mukaratirwa said they were approached through the Social Welfare Department and had registered 1 400 traders.

“Yes, we have been approached through Social Welfare. Criteria are that they must be registered with council and trading at designated locations,” Mukaratirwa said, disputing claims that Zanu PF had hijacked the project.

Labour ministry permanent secretary Simon Masanga said his ministry was working with the Wold Bank on many projects.

Women’s Affairs, Community, Small and Medium Enterprises Development minister Sithembiso Nyoni urged all informal traders to register for the programme which she said was initiated by Mnangagwa.

“To ensure that the money reaches the actual beneficiaries, my ministry has asked all the informal traders to register through our provincial offices using their own associations, because each vending sector has associations, so they have to use these associations for the registration process,” Nyoni told the national broadcaster yesterday, saying some unscrupulous individuals were angling to hijack the programme.

He, instead, accused civic group, #Tajamuka of registering MDC supporters for the World Bank funds.

“The party has never dared politicise nor interfere with government or global support programmes meant for all Zimbabweans. What we know for a fact is that the MDCs and their surrogates in civil society have been politicising donor support through councils in towns where only those affiliated to them have been benefiting.”